Xi in control at China Congress, as ex-president removed 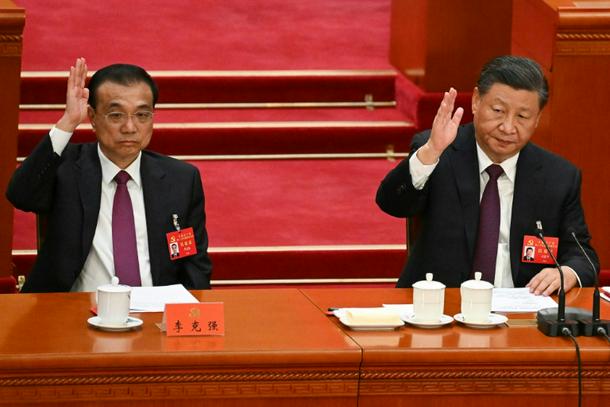 Beijing (AFP) - Chinese President Xi Jinping locked in support for a historic third term in power at the Communist Party’s Congress on Saturday, but the dramatic removal of his predecessor from the event stole the headlines.

At the end of the week-long gathering in Beijing, China’s ruling party approved a sweeping reshuffle that saw a number of top officials – including Premier Li Keqiang – step down, allowing Xi to appoint new allies.

The largely rubber-stamp meeting of around 2,300 party delegates was meticulously choreographed, with Xi determined to avoid any surprises as he enshrined his leadership for the next five years.

However, in an unexpected move that punctured the proceedings at the Great Hall of the People, former leader Hu Jintao was led out of the closing ceremony.

The frail-looking 79-year-old seemed reluctant to leave the front row where he was sitting next to Xi.

State media reported late Saturday that Hu was “not feeling well” when he was removed.

“Xinhuanet reporter Liu Jiawen has learned that Hu Jintao insisted on attending the closing session… despite the fact that he has been taking time to recuperate recently,” Xinhua said on Twitter.

“When he was not feeling well during the session, his staff, for his health, accompanied him to a room next to the meeting venue for a rest. Now, he is much better.”

Delegates then approved a call obliging all party members to “uphold Comrade Xi Jinping’s core position on the Party Central Committee and in the Party as a whole”, according to a unanimously passed resolution on changes to the party charter.

Xi is now all but certain to be unveiled as general secretary on Sunday, shortly after the first meeting of the new Central Committee.

This will allow Xi to sail through to a third term as China’s president, due to be announced during the government’s annual legislative sessions in March.

The Central Committee of around 200 senior party officials was elected shortly before the closing ceremony.

A list of officials in the group revealed that four out of seven members of the party’s Standing Committee – the apex of power – would retire.

Among them is Premier Li Keqiang, as well as fellow Politburo Standing Committee members Wang Yang – who was touted as a possible successor to Li – Han Zheng, and Li Zhanshu. 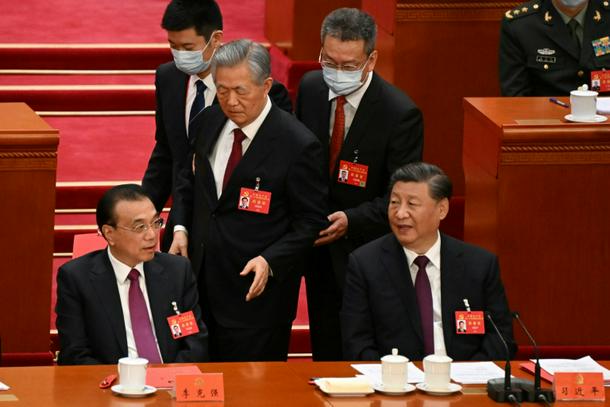 Han and Li Zhanshu were widely expected to step down, having surpassed the informal age limit of 68 for Politburo-level officials – a requirement not extended to 69-year-old Xi.

Wang and Li Keqiang, both 67, could still have continued in the Standing Committee or 25-member Politburo for another five-year term.

Analysts were closely watching for whether the party charter would be amended to enshrine “Xi Jinping Thought” as a guiding philosophy, a move that would put Xi on a par with Mao Zedong.

That did not take place, though the resolution did call the creed “the Marxism of contemporary China and of the 21st century”, adding that it “embodies the best Chinese culture and ethos of this era”.

Xi previously abolished the presidential two-term limit in 2018, paving the way for him to rule indefinitely.

The Congress has effectively cemented Xi’s position as China’s most powerful leader since Mao.

“Xi’s power will be akin to that of the dictator of China, and there will be next to no scope for anyone to advise him to attempt course correction,” said Steve Tsang, director of the SOAS China Institute at the University of London.

Delegates also on Saturday enshrined in the party’s constitution opposition to Taiwanese independence. Beijing has always pledged to re-take the self-ruled democratic island, by force if necessary.

Taiwan’s Mainland Affairs Council accused China late Saturday of harbouring an “old mindset of invasion and confrontation” and called on Beijing to “resolve differences through peaceful, equitable and realistic means.”