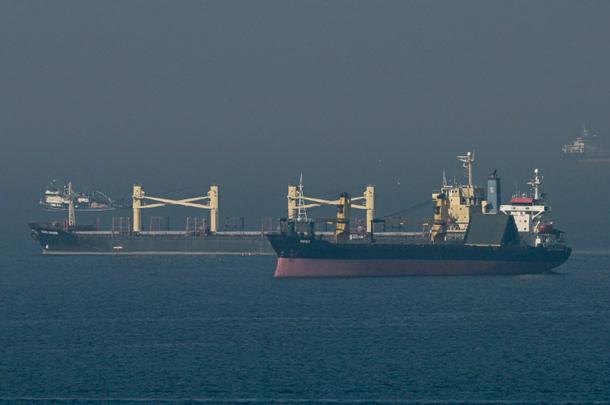 Istanbul (AFP) - An agreement allowing Ukraine to export grain through the Black Sea and aimed at relieving global food insecurity has been extended for 120 days, officials said on Thursday.

Ukraine is a top world exporter of grain, but Russia’s invasion in late February stopped shipments.

The deal between the two warring sides, brokered by Turkey and the United Nations in July, has helped to transport more than 11 million tonnes of grain and other agricultural products from Ukrainian ports since the start of August. It had been due to expire on Saturday.

On Thursday Ukrainian and Turkish officials announced that the agreement would be extended by four months under existing conditions.

”#BlackSeaGrainInitiative will be prolonged for 120 days,” Ukrainian Infrastructure Minister Oleksandr Kubrakov said on Twitter, while a senior Turkish official confirmed to AFP that the deal had been extended “under current terms”.

Russia confirmed that it had allowed the extension of the grain deal “without changes”.

“The Russian side is also allowing for the technical extension of the grain initiative without changes in terms or scope,” foreign ministry spokeswoman Maria Zakharova said, after fears the landmark agreement would not be extended.

In recent weeks, Russia had repeatedly warned that it might not agree to extend the agreement because a separate deal that was also signed in July, exempting Russian fertilisers from sanctions, had not been implemented.

UN Secretary General Antonio Guterres hailed the extension and said the grain deal “continues to demonstrate the importance of discreet diplomacy in the context of finding multilateral solutions,” he said.

Guterres also sought to allay Moscow’s concerns, saying that “the United Nations is also fully committed to removing the remaining obstacles to exporting food and fertilisers from the Russian Federation”.

Both agreements were “essential to bring down the prices of food and fertiliser and avoid a global food crisis,” Guterres said in a statement released by the Istanbul-based Joint Coordination Center (JCC) that has been overseeing the agreement.

“This is vital for stability,” he said in a speech broadcast on social media.

The flow of Ukrainian exports is essential to stabilising prices on international markets and to supplying the populations most vulnerable to the risk of hunger, particularly in Africa.

Some 40 percent of the grain exported under the agreement has gone to developing countries.

Turkish President Recep Tayyip Erdogan tweeted: “It has been clearly seen how important and beneficial this agreement is for the food supply and security of the world.”

In the weeks of intense diplomacy leading up to Thursday’s announcement, much of the negotiations focused on the issue of fertilisers, a UN source said on condition of anonymity.

Agricultural products and fertilisers do not fall under the sanctions against Russia but because of the risks in the Black Sea linked to the Ukraine conflict, it has become difficult to insure the vessels transporting them.

According to the UN source, a policy framework has been established for exceptions in insurance, access to ports, financial transactions, shipping and access for shipping, in compliance with the sanctions imposed on Russia.

“Only if we could clarify this policy framework, the private sector actors were willing to re-engage in the trade” of Russian fertilisers.

The Black Sea agreement allows Ukrainian grain ships to sail along safe corridors that avoid mines in the Black Sea.

Last month, Russia temporarily pulled out from the agreement, accusing Ukraine of a “massive” drone attack on its Black Sea fleet in Crimea before rejoining it.

Russia’s invasion blocked 20 million tonnes of grain in Ukraine’s ports before the United Nations and Turkey brokered the deal in July.