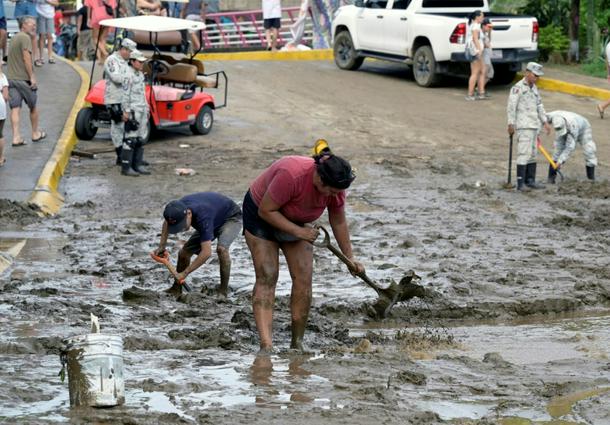 Residents and National Guard members clean the streets after the arrival of Hurricane Roslyn in Nayarit State, Mexico, on October 23, 2022

Jorge Benito Rodriguez, security secretary in the northwestern state of Nayarit, said one person died in the Rosamorada municipality.

And fire officials confirmed that an 80-year-old man died on the island of Mexcaltitan when his house collapsed.

There were widespread reports of damage amid fears that still-rising rivers could lead to more flooding.

Hurricane Roslyn, classified at the time as a Category 3 storm, made landfall on the west coast of Mexico on Sunday, the US National Hurricane Center said.

At 0000 GMT, Roslyn, downgraded to a tropical storm, was some 60 miles (95 km) outside the city of Torreon and moving northeast with maximum sustained winds of some 35 miles (55 kilometers) per hour.

“Weakening is expected to continue, and Roslyn is forecast to dissipate tonight,” the hurricane center said in its latest report.

“We have floods but they do not represent a risk as such, and we have not reported any loss of human life,” Pedro Nunez, the head of Nayarit Civil Protection, told Televisa earlier in the day.

But with rain continuing, he said river levels were being closely monitored. 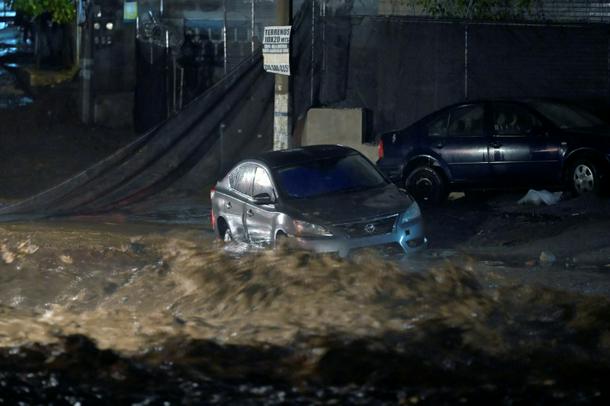 A flooded street during the arrival of Hurricane Roslyn, in Puerto Vallarta, Mexico on October 23, 2022

“It was a bit scary,” Erik Newcomer, an American who settled in the resort city of Puerto Vallarta three months ago, told AFP. He said he had to evacuate his children as water entered their home, adding, “My house was destroyed.”

In the village of Sayulita in Nayarit state, landslides buried some houses. Residents waded through mud to try to salvage their possessions.

On a journey from Puerto Vallarta to the hardest hit part of Nayarit, AFP observed a mudslide that forced the closure of a highway and nearly buried a trailer.

But as the storm began to pass, the Mexican government discontinued all warnings south of the coastal city of San Blas, including Puerto Vallarta.

A tropical storm warning remained in effect from San Blas north to Mazatlan. 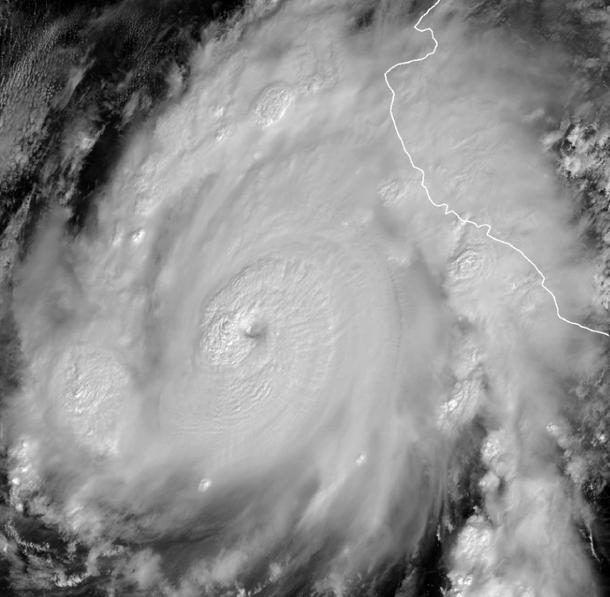 On Saturday, Roslyn had strengthened to a major Category 4 storm as it approached Mexico’s Pacific coast.

Authorities had declared an alert in the Pacific coast states of Jalisco, Colima, Nayarit and Sinaloa.

Tropical cyclones hit Mexico every year on both its Pacific and Atlantic coasts, usually between May and November.

At the end of May, Agatha, the first Pacific storm of the season, hit the coast of the southern state of Oaxaca, where heavy rain in mountainous towns killed 11 people.