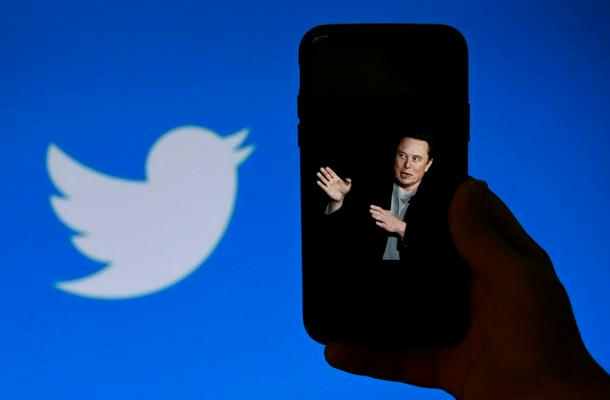 Twitter's move to suspend a new paid checkmark system and reintroduce an 'official' badge, was part of attempts to tamp down fake accounts which had proliferated since Elon Musk's takeover

San Francisco (AFP) - Twitter moved on Friday to curb fake accounts that have proliferated since Elon Musk’s takeover, suspending sign-ups for a new paid checkmark system and reinstating a gray “official” badge on some accounts.

The U-turn was the latest of a string of chaotic developments at the social network, which has lurched back and forth on the question of account verification since Musk’s $44 billion buyout late last month.

The @TwitterSupport account tweeted early Friday that a gray checkmark indicating an “official” account was coming back, only days after it was introduced – then almost immediately scrapped.

“To combat impersonation, we’ve added an ‘Official’ label to some accounts,” the profile announced.

The rollout of the label appeared inconsistent: it appeared briefly then disappeared from the network’s own account, @Twitter.

By Friday morning, the firm had also disabled sign-ups for Twitter Blue, the feature touted by free-speech proponent Musk as bringing “power to the people” by offering ordinary users a verified blue tick – until then reserved for prominent accounts – for $8 per month.

An internal memo for Twitter staff, obtained by US media including The Washington Post, confirmed the feature had been temporarily disabled to “help address impersonation issues.”

In introducing the paid blue-check verification system, Musk had warned that Twitter would suspend fake accounts not clearly marked as parody.

But accounts impersonating public figures and businesses had continued to spread – with NBA star LeBron James and former British prime minister Tony Blair among those targeted.

US drugmaker Eli Lilly was forced to issue an apology Thursday after a fake account – stamped with a purchased blue tick – tweeted that insulin was to be made available for free.

The fake account was removed, and the company put out a statement of apology.

The turmoil at Twitter has raised concerns about the potential for serious damage, should nefarious actors successfully pose as official representatives of powerful companies or government entities.

And the disarray – which saw two more top security executives quit on Thursday – drew a rare warning from the Federal Trade Commission which said it was tracking the developments with “deep concern.”

The same day, Musk informed Twitter employees the site was burning through cash dangerously fast, raising the specter of bankruptcy if the situation was not turned around.

The warning came a week after he fired half of Twitter’s 7,500 employees.