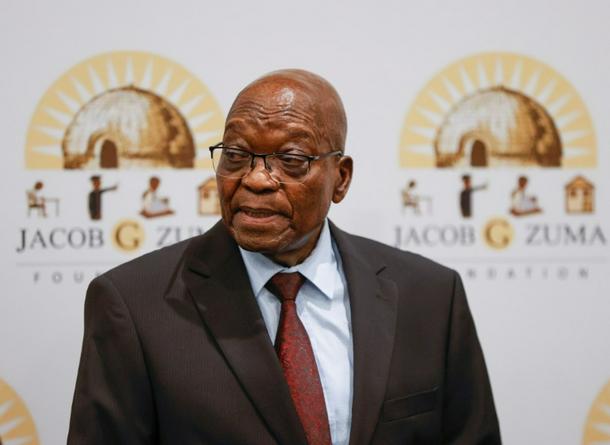 In his first reaction on allegations earlier this year that Ramaphosa concealed a multi-million-dollar cash heist at his luxury farmhouse, Zuma said the “president is corrupt”.

“Your president has committed treason,” he told a news conference in Johannesburg. “No president should conduct private business while in office.”

“It is inconsistent with the oath of office taken by (the) president.

“Our country’s problems are too big for a president who is busy hustling on the side.”

The scandal erupted in June after former national spy boss Arthur Fraser filed a police complaint, alleging that robbers broke into Ramaphosa’s Phala Phala farm in the northeast of the country, where they found and stole $4 million in cash hidden in furniture.

Fraser, who is an ally of Zuma, alleged that Ramaphosa concealed the robbery from police and the tax authorities, and instead organised the kidnapping and questioning of the robbers, and then bribed them into silence.

The president has acknowledged a burglary but denies the accusations of kidnapping and bribery, saying he reported the break-in to the police.

He has also disputed the amount of money involved, and said the cash came from legitimate sales of game from his animal-breeding farm.

South Africa’s anti-corruption watchdog and the police have opened probes, but Zuma said there was “silence of the many criminalities against the current president”.

The case has piled pressure on the president amid heightened tensions within the ruling African National Congress party as Ramaphosa is expected to seek a second term at the party’s year end conference.