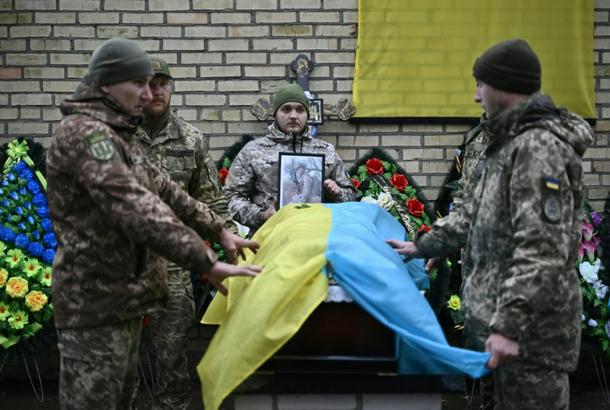 Kyiv (Ukraine) (AFP) - Fresh Russian strikes hit cities across Ukraine on Thursday, officials said, the latest in a wave of attacks that have crippled the country’s energy infrastructure as winter sets in and temperatures drop.

AFP journalists in several Ukraine cites said the new barrage had come with snow falling for the first time this season and after officials in Kyiv warned of “difficult” days ahead with a cold spell approaching.

The salvoes of Russian missiles this week came as officials announced good news Thursday on the extension of the agreement allowing Ukraine to export grain through the Black Sea, which aims to help the global supply of food.

Yet the fresh strikes have pounded Ukraine and come on the back of another stark battlefield setback for Russian forces, which retreated from the southern city of Kherson.

“Two cruise missiles were shot down over Kyiv. Information about any casualties and damage is being clarified,” the Kyiv regional administration announced, adding that Russian forces had also deployed Iran-made drones.

The head of the central region of Dnipropetrovsk Valentyn Reznichenko said Russian strikes hit the administrative centre of Dnipro.

“An industrial enterprise has been hit. There is a big fire,” he said, later announcing that 14 people were injured, including a 15-year-old girl. 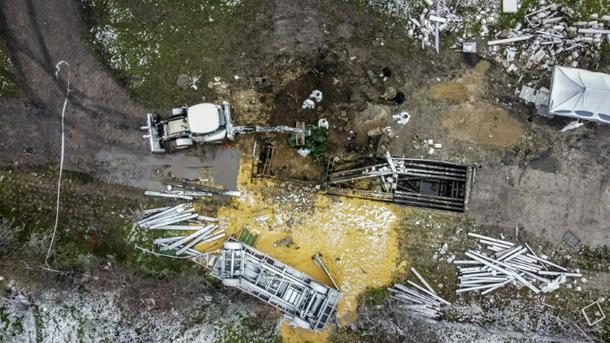 In the southern Odessa region, a Russian strike also targeted infrastructure and the governor warned residents of the threat of a “massive” missile attack on the Black Sea territory.

“I ask the residents of the region to stay in shelters,” Maksym Marchenko said.

President Volodymyr Zelensky published amateur footage of what he said showed a Russian strike on Dnipro, calling Moscow a “terrorist state” and saying Moscow “wants to bring Ukrainians only more pain and suffering.”

The largest wave of Russian missiles on cities across Ukraine earlier this week cut power to seven million homes but supplies were largely restored to people cut off within hours.

Ukrainian energy company Ukrenergo however said that “a cold snap” had brought increased demand in regions where electricity was recently restored.

“This has further complicated the already difficult situation with the power system,” the company said.

Ukraine celebrated the recapture recently of Kherson, which was followed by the announcement from Russian proxy officials in the nearby town of Nova Kakhovka that they were pulling out administrative officials as Kyiv’s forces were bearing down.

Kyiv was also fiercely critical of Russia a day after Western leaders said a missile blast in Poland was likely an accident involving Ukrainian air defences.

The missile killed two people when it struck the village of Przewodow near the Ukrainian border on Tuesday, shocking NATO member Poland.

Ukraine’s foreign minister Dmytro Kuleba, however appeared to roll back Kyiv’s determined position that it was a Russian missile that struck Poland following a call with US Secretary of State Antony Blinken.

“We share the view that Russia bears full responsibility for its missile terror and its consequences on the territory of Ukraine, Poland and Moldova,” Kuleba said on Twitter.

Russia said images from the impact site showed a missile fired by Kyiv and said its strikes had targeted sites 35 kilometres (20 miles) from Poland’s border.