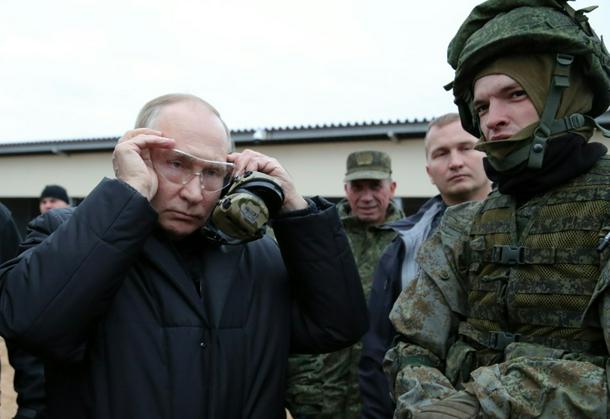 'The historical period of undivided dominance of the West in world affairs is coming to an end,' said Putin

Moscow (AFP) - President Vladimir Putin said Thursday that the war in Ukraine was part of Russia’s wider struggle against Western domination, and warned that the world is probably entering the “most dangerous” decade since the end of World War II.

The Russian leader showed no sign of backpedalling on the eight-month-old invasion of Ukraine, and indeed painted the current situation as part of the decline of Western dominance in global affairs.

Putin’s comments on the global situation at the annual Valdai Discussion Club meeting were answered indirectly by the US Defense Department’s release of its formal National Defense strategy, in which it painted Moscow as an “acute threat” to Western values.

“Putin’s reckless war of choice against Ukraine – the worst threat to European security since the end of World War Two – has made that very clear for the whole world,” said US Defense Secretary Lloyd Austin. 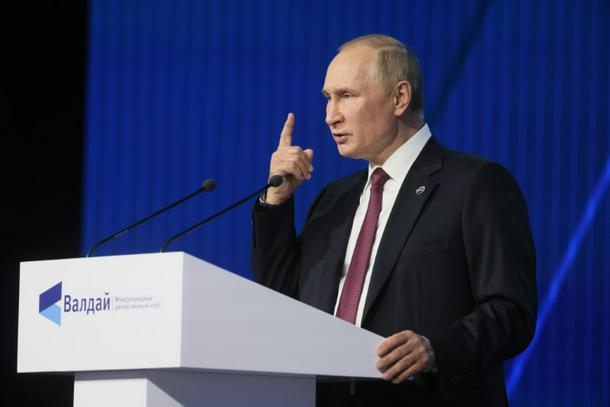 The heady rhetoric took place as fighting ground on in Ukraine’s east and south, with neither side claiming significant gains.

“The historical period of undivided dominance of the West in world affairs is coming to an end,” said Putin. “The unipolar world is becoming a thing of the past.

While the West was still “desperately” trying to govern humanity, it was not able to. “Most peoples of the world no longer want to put up with it,” he said.

The Ukraine offensive, he said, was simply part of the “tectonic shifts of the entire world order.”

“Russia is not challenging the elites of the West, Russia is just trying to defend its right to exist,” he said. 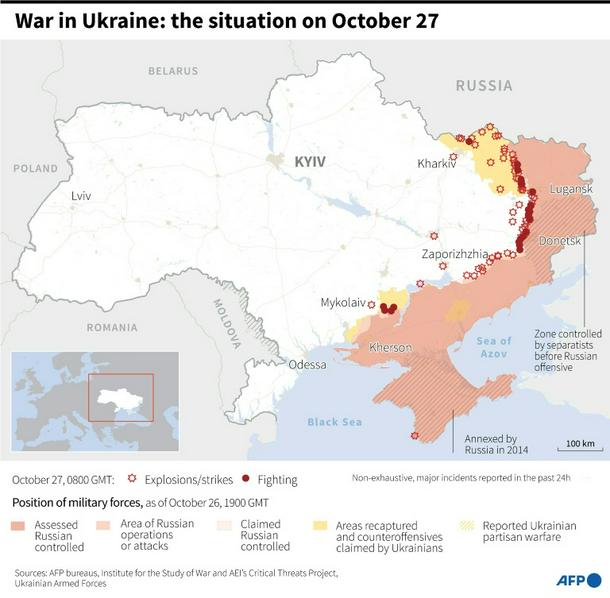 War in Ukraine: the situation on October 27

Putin said using nuclear weapons in Ukraine would “make no sense at all to us – either in political or military terms.”

But Moscow again raised the allegation that Ukraine planned to use a “dirty bomb” – a crude, small nuclear weapon – in the war.

It filed a complaint Thursday with the UN Security Council demanding an international investigation into the United States’ “military-biological activities” in Ukraine. The US rejected the accusation, while the UN said it was “not aware” of any such program in Ukraine.

After a closed-door UN Security Council meeting, Russian Ambassador Vassily Nebenzia said they were serious about the dirty bomb allegation.

“We would be happy to be mistaken, but we cannot simply ignore this,” he said.

“These allegations are very serious and may lead to very, very unfortunate consequences,” he said.

The International Atomic Energy Agency (IAEA), the UN’s nuclear watchdog, said it would carry out an “independent verification” in Ukraine this week, inspecting the locations that Moscow tied to its allegations.

The agency said it had inspected “one of the two locations a month ago and no undeclared nuclear activities or materials were found there.” 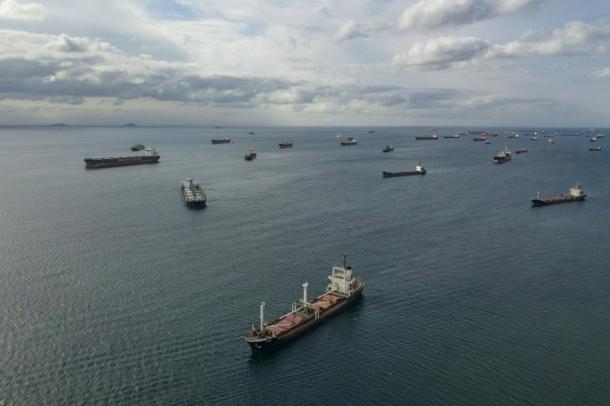 Cargo ships anchored at the souhthern entrance to the Bosphorus; Ukraine says Russians have slowed the export of Ukrainian grain to needy countries.

Both Ukraine and the United States raised fresh concerns about the pace of grain exports from Ukraine, vital to the world but which Ukraine says are being held up by Russian ship inspections.

On Wednesday, after meeting with Guinea-Bissau President Umaro Sissoco Embalo, who represented the Economic Community of West African States, Ukraine’s President Volodymyr Zelensky said there was a backup of 175 ships waiting to pick up and deliver grain.

Zelensky said the backup was a “deterioration of access to food for millions of people” in Africa, Asia and Europe.

In Ottawa on Thursday, US Secretary of State Antony Blinken said Russia would face “great anger” if it backs out of the pact to permit Ukraine grain stocks to be delivered to global markets.

The 120-day pact expires on November 19, and the backup of the ships and uncertainty over whether it will be renewed has already caused prices of some food products to rise.

“The idea that Russia would now say it doesn’t want to continue it, it wants to turn it off, I think, will be met with great anger by countries around the world who are benefiting from Ukrainian grain,” Blinken said.

“I think it’s profoundly in everyone’s interest to make sure that this grain can continue to move out of Ukraine and certainly, we will do everything we can to sustain the agreement,” he said.