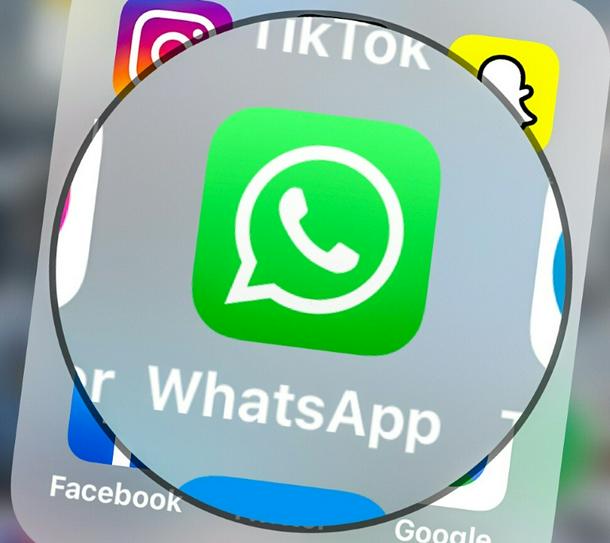 Paris (AFP) - US tech giant Meta on Tuesday said it had resolved a major WhatsApp outage that prevented many of the billions of users of its popular service from connecting or sending messages.

Problems with the instant messaging app were reported by monitoring site Downdetector and user complaints on social media on Tuesday morning.

Downdetector said thousands of WhatsApp users had been reporting problems since 0717 GMT, with a sharp spike appearing on its dedicated chart covering the past 24 hours.

WhatsApp’s parent company Meta said it was working to restore the service “as quickly as possible” before resolving the problem later on Tuesday.

“We know people had trouble sending messages on WhatsApp today. We’ve fixed the issue and apologise for any inconvenience,” a Meta spokesman told AFP.

Social media users said they had been unable to connect to the app or send any messages, although some reported a restoration of the service at around 0850 GMT.

The hashtag #whatsappdown was one of the most trending on Twitter across the world on Tuesday, while millions of messages on Meta-owned photo-sharing platform Instagram also flagged the outage.

Some Twitter users tried to find a funny side to the technical trouble, joking that Twitter would seek to exploit the situation and gain a flurry of new connections in the coming hours.

The origin of the outage is unclear.

The duration and scale of the disruption to the four services used by billions of people led to a major incident that Downdetector described as one of the largest ever observed.

At the time, Facebook acknowledged that the incident was due to an error on their part and was not a technical problem.

WhatsApp, a free messaging service, crossed the threshold of two billion users worldwide in February 2020 and is one of the most popular apps.

Facebook renamed itself Meta a year ago, to signal its pivot to building its vision for an interactive virtual and augmented reality world that it sees as the future.

But Meta has been undergoing a difficult period financially due to dropping advertising revenues and fierce competition from other platforms such as TikTok, whose popularity has exploded among social media users.