Man Utd too good for Tottenham, Liverpool revival rolls on 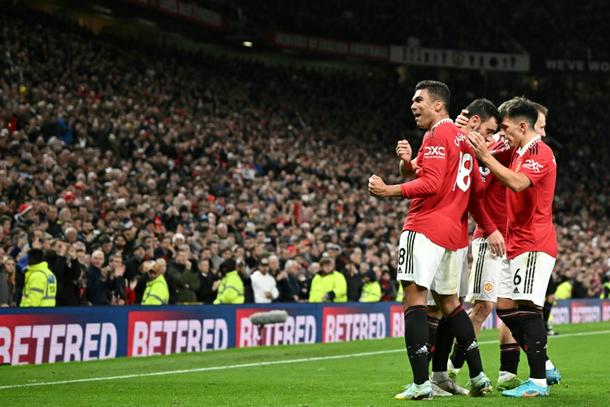 Chelsea’s winning run came to an end in a 0-0 draw at Brentford, which allowed Newcastle to close within two points of the top four with a 1-0 win over Everton.

United are now just one point off the Champions League places and could leapfrog Chelsea when the sides meet at Stamford Bridge on Saturday after their most impressive display under Erik ten Hag.

“We had some more really good performances like Liverpool and Arsenal but this was the game from start to the end we were really good,” said Ten Hag. “I told the team it was very enjoyable to watch.”

The Red Devils had 28 shots on goal against a Tottenham side that been beaten only once in their opening 10 league games of the season.

Signs of progress for United since losing their opening two games of the campaign have been hampered by a lack of killer instinct up front.

But they finally got their rewards in front of a delighted full house when Fred’s deflected effort found the bottom corner two minutes into the second half.

Bruno Fernandes then doubled United’s lead with his first club goal since August.

Tottenham could have moved to within a point of leaders Arsenal with victory, but their performance had Antonio Conte questioning whether they can compete for the title.

“I think we need time,” said the Italian. “In only 10 or 11 months you cannot pass from ninth place to become, the year after, a title contender. Especially when you finished 20 points less last season than the monsters in England.” 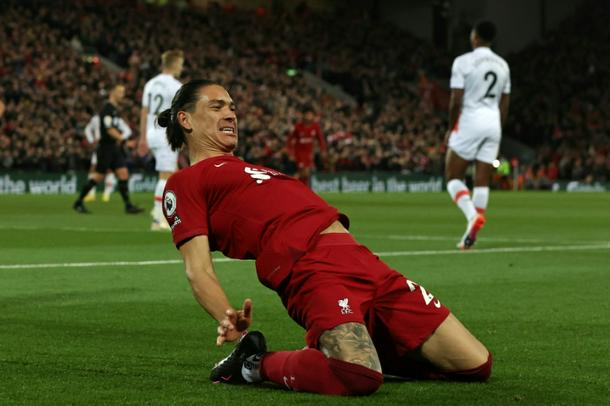 Darwin Nunez has endured a difficult start to life at Liverpool, but the Uruguayan was the match winner as Jurgen Klopp’s men moved up to seventh.

Nunez powered Kostas Tsimikas’ cross into the far corner for the game’s only goal on 22 minutes.

“He was outstanding,” said Klopp. “He is a really big talent and we’re really excited about him.”

However, the Reds had Alisson Becker to thank for the three points as the Brazilian saved Jarrod Bowen’s penalty in first-half stoppage time.

Alisson was needed once more to deny Tomas Soucek from point-blank range late on as Liverpool held out.

Chelsea missed the chance to close within five points of the top as the in-form Blues were blunted by Brentford.

Graham Potter is still to experience defeat as Chelsea boss, but he has goalkeeper Kepa Arrizabalaga to thank for maintaining that record.

The Spaniard is finally delivering on his tag as the world’s most expensive goalkeeper following a £72 million move from Athletic Bilbao in 2018 as he twice denied Ivan Toney a winner for Brentford.

“Every player needs confidence, this push,” said Kepa. “For the goalkeepers it is even more important.”

Newcastle continued their impressive form as Miguel Almiron’s stunning strike was enough to see off Everton at St. James’ Park.

A third consecutive defeat leaves the Toffees just a point above the relegation zone.

The Saints’ first win in six lifts them up to 14th, but still only two points clear of the bottom three.