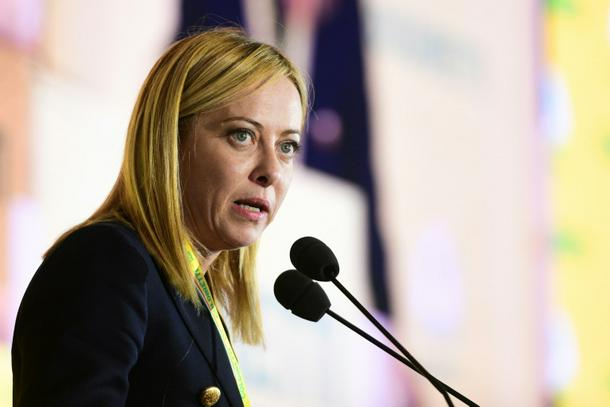 Giorgia Meloni built an image as a steady, straight-talking politician Italians could trust

Rome (AFP) - As a teen activist she praised Mussolini, but Giorgia Meloni has transformed herself and her post-fascist Brothers of Italy party from radicals on the political fringe to a national force now set to lead the government.

Unapologetically intense, the 45-year-old has forged a powerful personal brand that resonated with disaffected voters in elections last month, leading to her being named Friday Italy’s first woman prime minister.

Railing against the European Union, mass immigration and “LGBT lobbies”, Meloni sees herself as a defender of Italy’s traditional Christian values, repudiating what she calls the politically correct rhetoric of the left.

She was the only major opposition to Mario Draghi’s outgoing government, a role she played judiciously, backing him in supporting Ukraine, while challenging him most other areas.

Through that, Meloni built an image as a steady, straight-talking politician Italians could trust – despite her party’s neo-fascist roots, which she has dismissed as history without entirely renouncing.

On the campaign trail, her rivals painted her as a danger to democracy, an attack line many admit was now overblown.

However many Italians fear what her socially conservative views mean for hard-fought civil rights in a country where the Vatican and traditional values still hold sway.

She insists a family means a mother and a father – although she and her partner are unmarried – and opposes abortion, saying she will not change the law but wants women to “know there are other options”.

Born in Rome on January 15, 1977, Meloni was brought up by a single mother in the working-class neighbourhood of Garbatella.

She joined the far-right’s youth movement at age 15, became the youngest minister in post-war Italian history at age 31 under Silvio Berlusconi, and co-founded Brothers of Italy in 2012.

In the 2018 elections, the party won just four percent of the vote, but it will now lead the government as part of a coalition with Matteo Salvini’s anti-immigration League and Forza Italia’s Berlusconi.

She is aware of concerns about her lack of experience, particularly at a time that Italy is grappling with soaring inflation and an energy crisis linked to the war in Ukraine.

The slogan “Ready” with the smiling face of Meloni adorned billboards up and down the country during the election campaign.

Wary of Italy’s huge debt, she has emphasised fiscal prudence, despite her coalition’s call for tax cuts and higher social spending.

Her stance on Europe has moderated over the years – she no longer wants Italy to leave the EU’s single currency, and has strongly backed the bloc’s sanctions against Russia over the Ukraine war.

However, she says Rome must stand up more for its national interests and has backed Hungarian Prime Minister Viktor Orban in his battles with Brussels.

Meloni was a teenage activist with the youth wing of the Italian Social Movement (MSI), formed by supporters of fascist dictator Benito Mussolini after World War II. 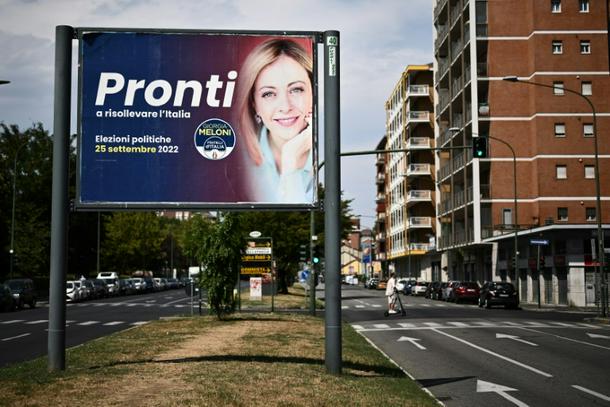 At 19, campaigning for the far-right National Alliance, she told French television that “Mussolini was a good politician, in that everything he did, he did for Italy”.

After being elected an MP for National Alliance in 2006, she shifted her tone, saying the dictator had made “mistakes”, notably the racial laws, his authoritarianism and entering World War II on the side of Adolf Hitler’s Nazi Germany.

Her party takes its name from the first line of Italy’s national anthem and its logo includes the same flame used by MSI, in the green, white and red of the country’s flag. 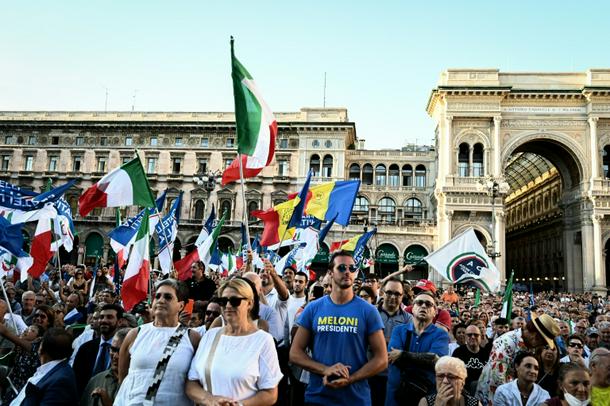 She has refused calls to change the logo, insisting the flame has “nothing to do with fascism” while insisting that within her party “there is no room for nostalgic attitudes”.

Meloni has a daughter, born in 2016, with her TV journalist partner.