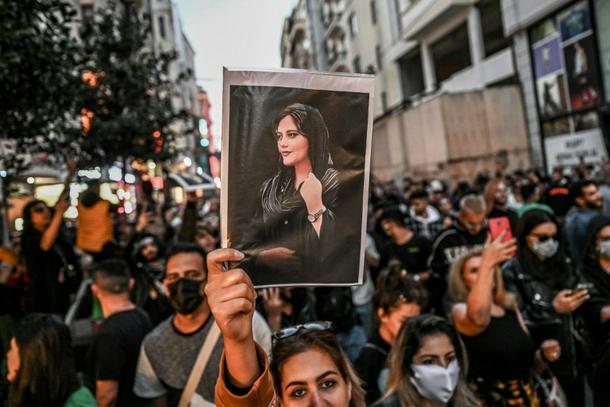 Paris (AFP) - Iranian protesters on Thursday defied a deadly crackdown by security forces against nearly six weeks of women-led protests, as Tehran vowed to punish those behind a mass shooting that killed 15 worshippers at a shrine.

In the latest violent bid to crush demonstrations sparked by the death of Mahsa Amini in police custody last month, security forces opened fire and killed “at least eight people” since Wednesday evening, according to Amnesty International.

Iran has been gripped by its biggest protests for years since Amini died on September 16, three days after her Tehran arrest by the notorious morality police for allegedly breaching the country’s dress code for women.

“Iran’s security forces killed at least eight people since last night as they again opened fire on mourners and protesters” in at least four provinces, Amnesty said, condemning the “reckless and unlawful use of firearms”.

On Wednesday, as thousands mourned 22-year-old Amini, Iran was also rocked by an attack claimed by the Islamic State jihadist group in which, state media said, a gunman killed at least 15 people at a shrine in the southern city of Shiraz. 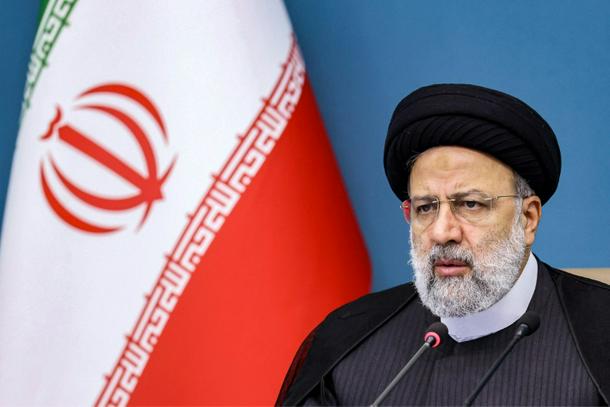 Ultra-conservative President Ebrahim Raisi appeared to link the two tragedies when he declared that “the intention of the enemy is to disrupt the country’s progress, and then these riots pave the ground for terrorist acts”.

Iran’s ISNA news agency said nearly 10,000 people had gathered there, but many thousands more were seen making their way in cars, on motorbikes and on foot, in videos widely shared online.

The protests sparked by Amini’s death have been led by young women who have burned their headscarves and confronted security forces. 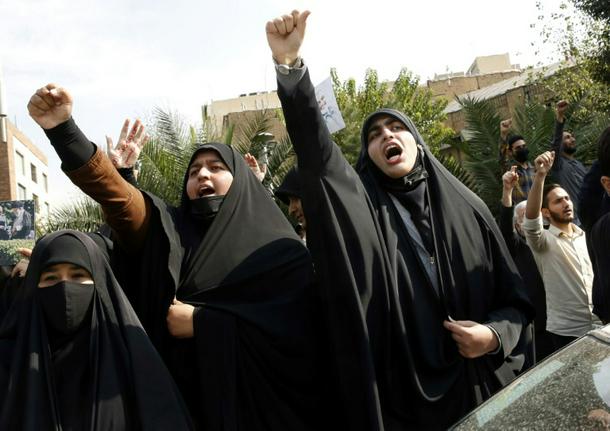 Despite heightened security measures, columns of mourners had poured into Saqez on Wednesday, paying tribute at her grave at the end of the traditional 40-day mourning period.

The Hengaw human rights group reported that security forces shot dead at least three people during protests in the western city of Mahabad and at least two others in Baneh, also in the west.

In Mahabad, protesters returning from the funeral of another demonstrator had surrounded government buildings, the group said.

“We should not mourn for our youth, we should avenge them,” they chanted, according to the Norway-based organisation that monitors violations in Kurdish-populated areas.

Elsewhere in the city, a video posted on the Iran Wire news website showed crowds setting fire to the governor’s office.

On Thursday protesters shouted “the army supports us”, and people fleeing gunfire from the Islamic Revolutionary Guard Corps sought refuge at a barracks in Saqez, Hengaw said.

It added that the Guards had “disarmed the army forces” on Wednesday, according to witnesses, but did not elaborate. 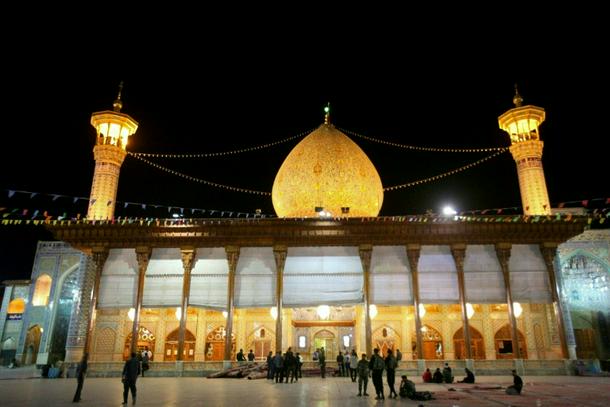 Mourners also gathered Thursday at the grave of 16-year-old Nika Shahkarami near the western city of Khorramabad, 40 days after she was killed by security forces, the US-based HRANA rights group said.

“I’ll kill, I’ll kill, whoever killed my sister,” they could be heard chanting, in a video HRANA posted on Twitter.

Footage obtained by BBC Persian and posted on Twitter by rights activists shows security forces advancing across a bridge in Khorramabad toward protesters who hurl rocks as they retreat after what sounds like gun shots ring out.

Protests continued into the night, with rights groups and social media channel 1500tasvir, which chronicles rights violations by Iran’s security forces, posting footage of large crowds chanting in Tehran, Mashhad in Iran’s northeast and other cities.

Some activists behind the daily protests over Amini’s death, which have evolved into a broader campaign to end the Islamic republic founded in 1979, have raised suspicions over the timing of the Shiraz attack. 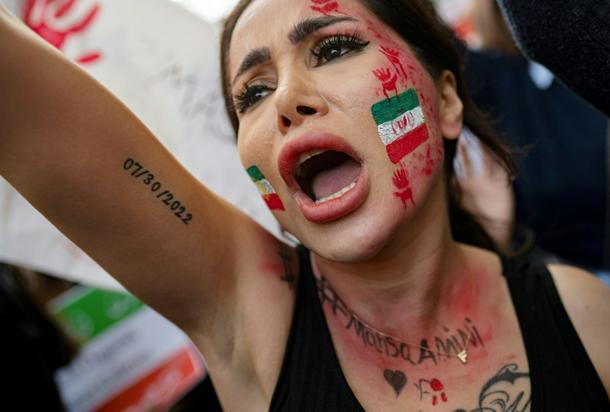 “For its survival, for distracting the protesters, for justifying killings and crackdowns, the Islamic republic always puts on such bloody shows,” one of them, Atena Daemi, tweeted.

Oslo-based group Iran Human Rights says the security forces’ crackdown on the Amini protests has cost the lives of at least 141 demonstrators, including at least 29 children. 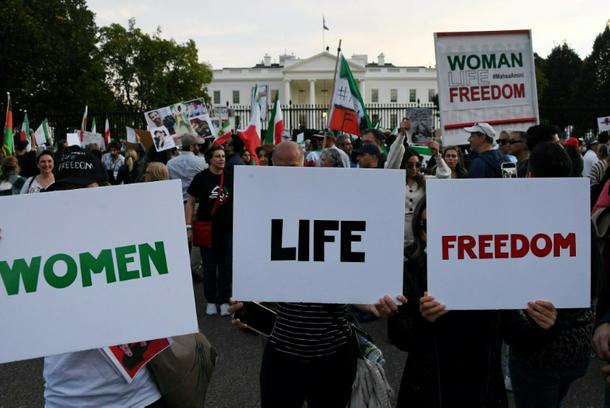 On Wednesday, German Foreign Minister Annalena Baerbock said her country would tighten its rules for entry to Iran, warning “there can be no ‘business as usual’ in bilateral relations with a state that treats its own citizens with such contempt”.