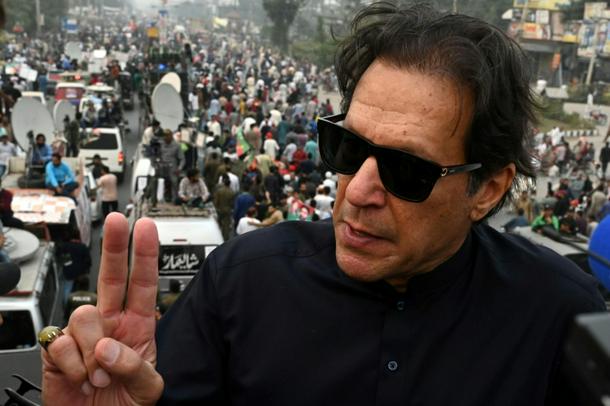 Islamabad (AFP) - Former Pakistan prime minister Imran Khan was in stable condition after being shot in the leg at a political rally on Thursday in what the country’s president deemed “a heinous assassination attempt”.

The former international cricket star has been leading a chaotic convoy of thousands since Friday from the city of Lahore towards the capital Islamabad, campaigning for fresh elections after being ousted from office in April.

“This was an attempt to kill him, to assassinate him,” senior aide Raoof Hasan told AFP.

Khan escaped with a bullet wound to his right calf, while several of his Pakistan Tehreek-e-Insaf (PTI) party officials were also hit by the spray of gunfire aimed at their modified container truck as it slowly drove through a thick crowd near Gujranwala.

He said supporters in the crowd tried to snatch the gun from the attacker.

“In that scuffle he missed the target,” he said, adding that six people were hit and one supporter killed. 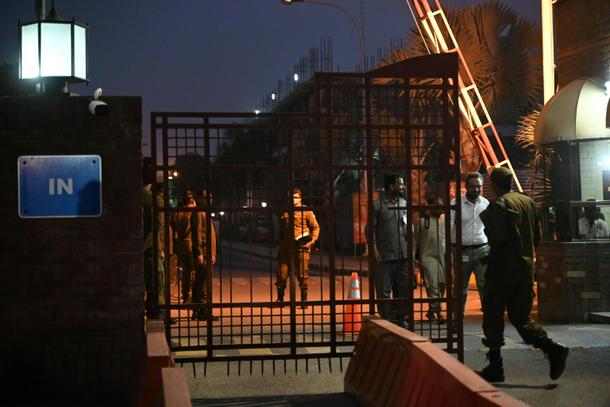 A video captures the crack of gunfire as Khan and his team duck behind banners tied around the edge of the container.

In a tweet, Pakistan’s President Arif Alvi called it “a heinous assassination attempt”.

Information Minister Marriyum Aurangzeb said the attacker had been taken into custody and that a confession video was circulating online.

“I did it because (Khan) was misleading the public, I tried to kill him, I tried my best,” says a dishevelled man in the video, shown with his hands tied behind his back in what appears to be a police station.

He adds that he was angry with the procession for playing music during the call to prayer that summons Muslims to the mosque five times a day.

Police have yet to comment on the incident or confirm earlier reports that a second attacker was killed at the scene.

Faisal Sultan, the doctor treating Khan at a Lahore hospital, confirmed he was in a stable condition.

Jemima Goldsmith, the ex-wife of the former cricketing superstar who shares two children with him, tweeted her relief.

“Thank you from his sons to the heroic man in the crowd who tackled the gunman,” she said. 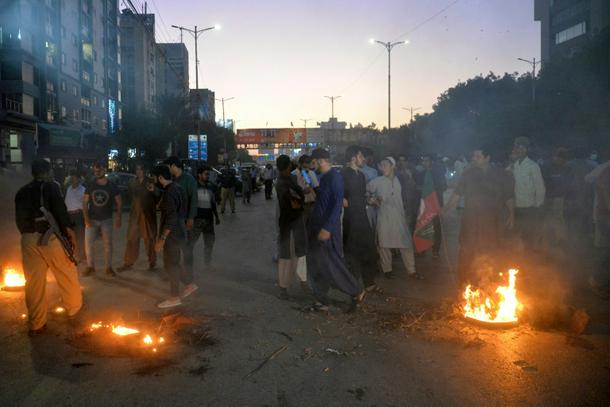 The attack drew international condemnation including from the United States, which had uneasy relations with Khan when he was in power.

“Violence has no place in politics, and we call on all parties to refrain from violence, harassment and intimidation,” US Secretary of State Antony Blinken said in a statement.

“The United States is deeply committed to a democratic and peaceful Pakistan, and we stand with the Pakistani people.”

Pakistan has been grappling with Islamist militants for decades, and politicians are frequently targeted by assassination attempts.

The attack on Khan had echoes of the 2007 assassination of another former prime minister, Benazir Bhutto, who died when a huge bomb detonated near her vehicle as she greeted supporters in Rawalpindi while standing up through the roof hatch.

Just months earlier, she had survived another attempt on her life when her motorcade was targeted in Karachi, killing more than 130 people.

Each day since starting his so-called “long march”, the 70-year-old Khan has mounted a shipping container towed by a lorry, making speeches from the open top to crowds of thousands in cities and towns along the way.

He was booted from office in April by a no-confidence vote after defections by some of his coalition partners, but he retains mass public support in the South Asian country. 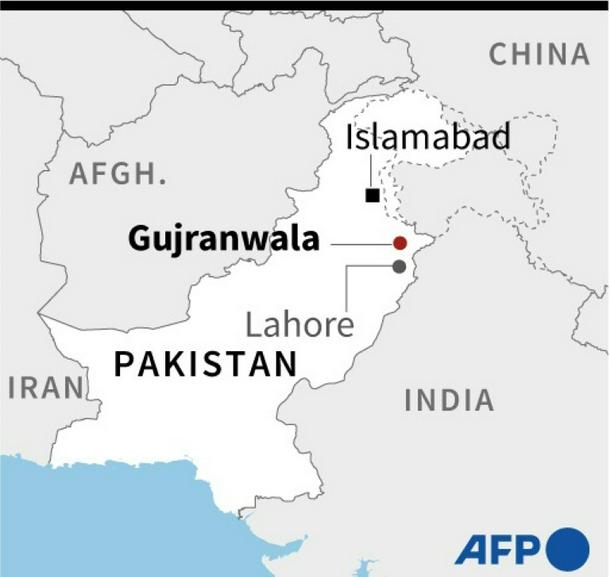 Map showing Gujranwala, Pakistan near to where former PM Kmran Khan was shot and injured at a political rally on November 3

Khan was voted into power in 2018 on an anti-corruption platform by an electorate tired of dynastic politics.

But his mishandling of the economy – and falling out with a military accused of helping his rise – sealed his fate.

Since then, he has railed against the establishment and Prime Minister Shehbaz Sharif’s government, which he says was imposed on Pakistan by a “conspiracy” involving the United States.

Khan has repeatedly told supporters he was prepared to die for the country, and aides have long warned of unspecified threats made on his life.