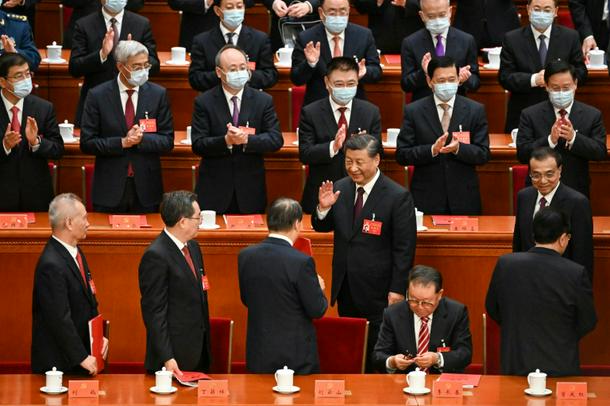 Beijing (AFP) - Chinese President Xi Jinping was poised Sunday to secure a historic third term in power, cementing his position as the nation’s most influential leader since founder Mao Zedong.

Xi is all but certain to be unveiled as general secretary of the ruling Communist Party again – tilting the country decisively back towards one-man rule after decades of power-sharing among its elite.

His anointment will cap a week-long gathering of the party faithful in China’s capital during which high-ranking cadres endorsed his “core position” in the leadership and approved a sweeping reshuffle that saw several top officials step down.

However, in an unexpected move that punctured the proceedings at the Great Hall of the People, former leader Hu Jintao was led out of the closing ceremony.

The frail-looking 79-year-old seemed reluctant to leave the front row where he was sitting next to Xi.

State media reported late Saturday that Hu had insisted on attending the session despite being unwell.

“When he was not feeling well during the session, his staff, for his health, accompanied him to a room next to the meeting venue for a rest. Now, he is much better,” Xinhua said on Twitter.

The delegates also elected a new Central Committee of around 200 senior party officials, who will gather on Sunday to elect the Standing Committee – the apex of Chinese political power at which Xi is set to sit firmly at the top.

The Standing Committee is then expected to be unveiled to foreign and domestic media at a press conference around noon (0400 GMT) at Beijing’s Great Hall of the People. 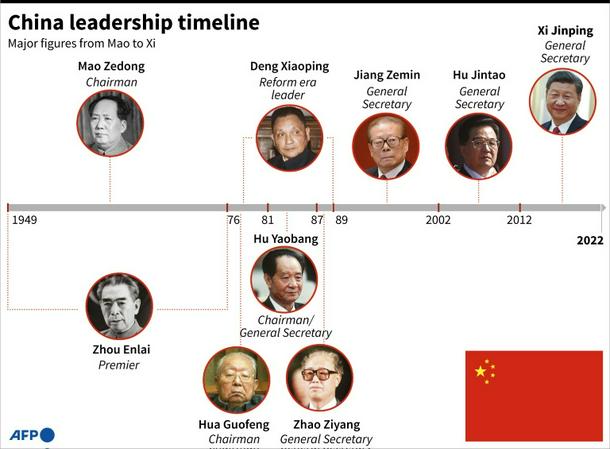 Timeline of China's leaders since 1949

A list of officials in the new Central Committee earlier revealed that four out of seven members of the Standing Committee will be replaced, allowing Xi to further pack the top body with loyalists.

“Whichever way you look at it, it’s almost a total victory for Xi,” said Willy Lam, a political analyst at the Chinese University of Hong Kong.

The move will allow Xi to sail through to a third term as China’s president, due to be formally announced during the government’s annual legislative sessions in March.

It brings to an end a triumphant week at which China’s top brass have hailed their leadership of the country over the last five years.

In his opening speech to its 20th Congress last Sunday, Xi lauded the party’s achievements while glossing over domestic problems such as the stalling economy and the damage inflicted by his harsh zero-Covid policy. 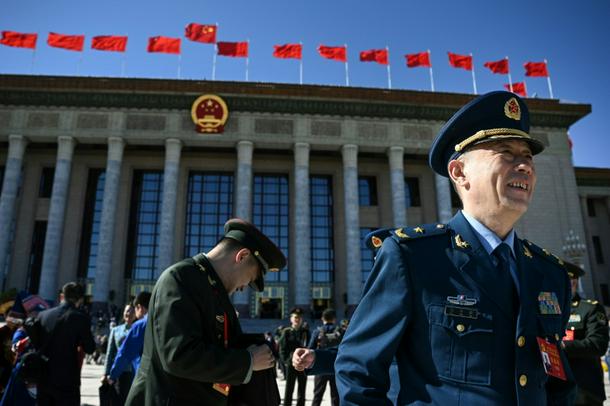 Heavy on ideological rhetoric and light on policy, a defiant Xi also urged party members to steel themselves against numerous challenges including a hardening geopolitical climate.

Analysts were closely watching for whether the party charter would be amended to enshrine “Xi Jinping Thought” as a guiding philosophy, a move that would put Xi on a par with Mao.

That did not take place, though a resolution did call the creed “the Marxism of contemporary China and of the 21st century”, adding that it “embodies the best Chinese culture and ethos of this era”.

Xi previously abolished the presidential two-term limit in 2018, paving the way for him to rule indefinitely.