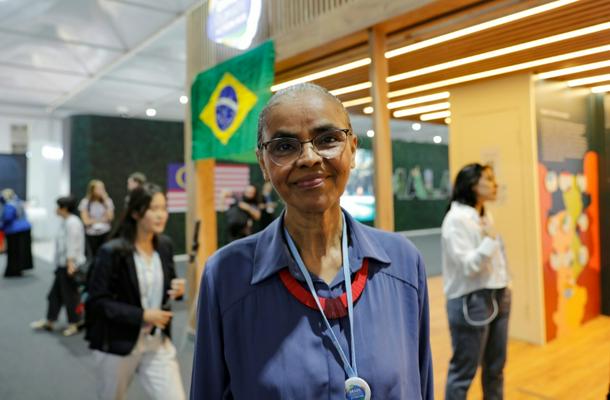 Credited with curbing deforestation in the 2000s, Marina Silva outlined key environmental priorities for the new president, who will visit the climate talks next week in the Red Sea resort of Sharm el-Sheikh.

Silva is tipped to reprise her role in Lula’s new government.

Lula has vowed that the fight against deforestation in the Amazon would be “a strategic priority” of his government, countering the legacy of Jair Bolsonaro, who presided over a surge of rainforest destruction.

Silva said Lula’s visit to Egypt even before he takes office on January 1 shows that “Brazil is regaining environmental leadership in the multilateral arena”.

With a plan to combat the destruction of the Amazon and pursue a reforestation target of 12 million hectares (30 million acres), Brazil will lead “by example”, she said.

Silva added that the country would act to preserve forests – a crucial buffer against global warming – without depending on international aid.

But she welcomed announcements from Norway and Germany that they would resume financial support. Both countries withdrew aid in 2019 shortly after Bolsonaro came to power.

Norway is the largest contributor to that fund, which currently holds $641 million, according to its environment ministry.

Since Bolsonaro – a staunch ally of agribusiness – took office in January 2019, average annual deforestation in the Brazilian Amazon increased by 75 percent compared to the previous decade.

Silva said there was a need to create a national super-body to coordinate climate action among various ministries.

“It would be something innovative and powerful,” she said.

The veteran leftist will be inaugurated for a third term on January 1, facing a far tougher outlook than the commodities-fuelled boom he presided over in the 2000s.

Silva travelled to Egypt to prepare the ground for Lula’s expected visit.

She called for a review of the market in carbon credits amid concerns that oil and gas majors use them as a way to avoid reducing their own emissions.

“I do not believe that fossil energy generation should be perpetuated by relying on these credits,” she said.

While she said Brazil would still need its oil resources “as a transition to other sources of energy generation”, she added that her personal opinion was that even state-owned oil company Petrobras should go beyond oil and contribute to Brazil’s energy transition.