Biden urges world to 'step up' climate fight at COP27 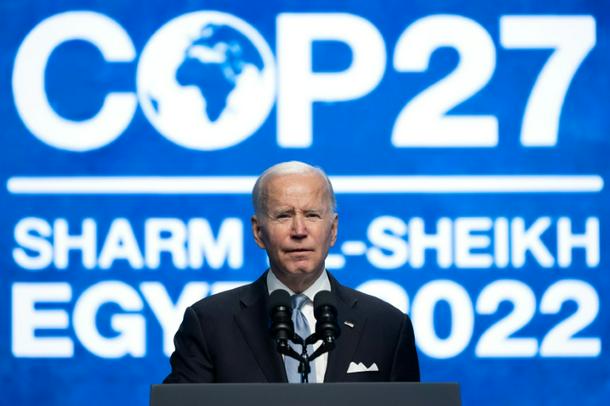 Sharm el Sheikh (Egypt) (AFP) - President Joe Biden vowed at UN climate talks on Friday that the United States was on track to slash its carbon emissions, urging all nations to ramp up their own efforts to avert catastrophic global warming.

His speech came at the halfway point of a two-week COP27 conference in Egypt where rich polluters like the US are under pressure to finally provide the funding developing countries have been promised in the battle against climate change.

Biden touted the passage of a massive, $369 billion spending package to green the US economy as an achievement that would “shift the paradigm” for his country and the entire world.

“The climate crisis is about human security, economic security, environmental security, national security and the very life of the planet,” Biden said. 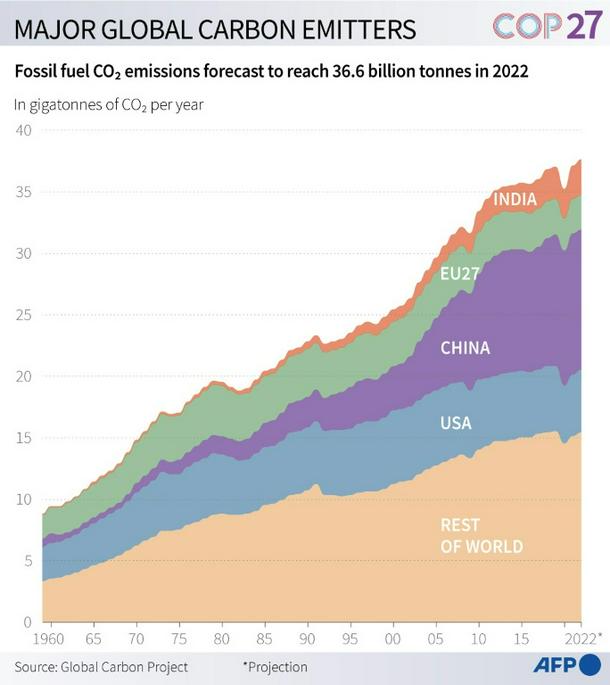 In an hours-long visit to Egypt before heading to Asia for ASEAN and G20 summits, Biden said the United States “will meet” its goal of cutting emissions 50-52 percent below 2005 levels by 2030.

He also announced plans to step up efforts to cut methane emissions – a major contributor to global warming – by plugging fossil fuel leaks and requiring companies to act on leaks reported by credible third parties.

“To permanently bend the emissions curve, every nation needs to step up. At this gathering, we must renew and raise our climate ambitions,” he said.

“The United States has acted, everyone has to act. It’s a duty and responsibility of global leadership,” said Biden, whose administration also announced plans to require federal contractors to reduce their emissions in line with the Paris Agreement.

Russia’s invasion of Ukraine, which has sent energy prices soaring, has raised concerns that tackling climate change has dropped down the priority list of many countries.

“Russia’s war only enhances the urgency of the need to transition the world off its dependence on fossil fuels,” Biden said. 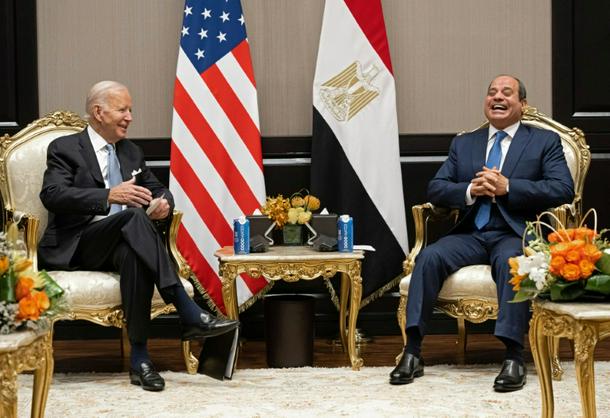 His 22-minute speech was briefly interrupted by a small group of demonstrators, who howled and attempted to unfurl a banner protesting fossil fuels before they were removed by UN security.

New research shows just how dauntingly hard it will be to meet the ambitious goal of capping global warming at 1.5 degrees Celsius above preindustrial levels – requiring emissions to be slashed nearly in half by 2030.

The new study – published on Friday in the journal Earth System Science Data – found that CO2 emissions from fossil fuels are on track to rise one percent in 2022 to reach an all-time high.

Before his speech, Biden met Egyptian President Abdel Fattah al-Sisi on the sidelines of COP27, where he raised human rights issues with his host amid concerns over the health of jailed dissident Alaa Abdel Fattah, who is on a months-long hunger strike.

Abdel Fattah’s family later announced that they had requested a presidential pardon for him following calls for his release from a raft of Western governments, including the United States.

Biden’s visit to COP27 came three days after US midterm elections that have raised questions about what the result could mean for US climate policy.

“President Biden is advancing the boldest climate agenda of any American president by far,” said Ani Dasgupta, president of the World Resources Institute. 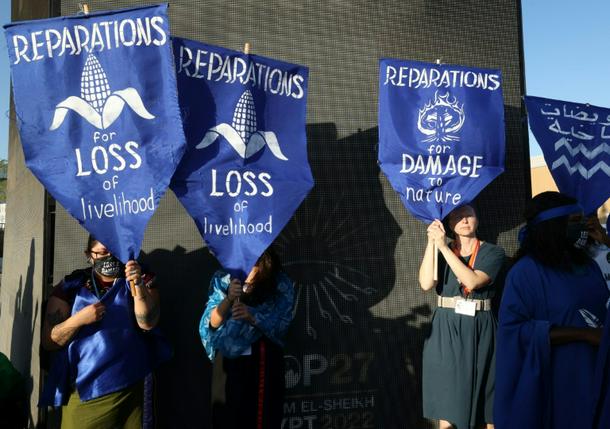 But he said the US was “grossly underperforming” on its commitments in a $100-billion-a-year global climate funding programme to help developing nations transition to renewable energy and build resilience.

Biden has pledged to double the US contribution to $11.4 billion, but Democrats may be running out of time to honour that as control of the House of Representatives appears poised to shift to the Republicans from January in the wake of this week’s vote.

Others pointed out that the United States has previously blocked efforts to establish a “loss and damage” mechanism that would see rich polluters compensate poorer countries for the destruction from climate-induced natural disasters.

Biden did not address the “loss and damage” mechanism idea in his speech, though the United States has allowed it to be on the official COP27 agenda.

“Joe Biden comes to COP27 and makes new promises but his old promises have not even been fulfilled,” said Mohamed Dowd, founder of the Power Shift Africa think tank.

“He is like a salesman selling goods with endless small print.”