Xavi's Barca must show they can compete, even if already eliminated 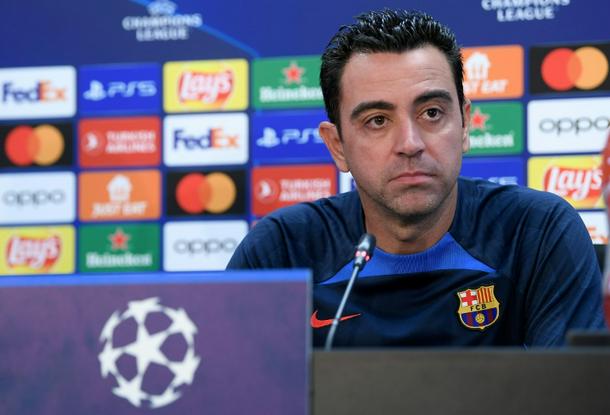 Barcelona (AFP) - Barcelona coach Xavi Hernandez said on Tuesday his team had to try and beat Bayern Munich this week even if their Champions League fate is already sealed by kick-off.

The Catalans could be eliminated if Inter Milan beat Czech minnows Viktoria Plzen at home before they face Bayern on Wednesday.

“We’ll watch (that game) on television all together in the dressing room,” said Xavi. “Regardless of what happens in Milan, we have to show that we can compete.

“We are extremely motivated to show we can compete with them, we will go out with the same intensity we showed against Villarreal and Athletic Bilbao. We have to match them.”

Barcelona have only won one of their first four Champions League matches and were beaten 2-0 in Munich in September despite putting in a good performance and creating several chances.

The German champions have beaten Barcelona each of the last five times they have faced each other, including 8-2 in Lisbon and two 3-0 wins last season in the group phase.

After heavy summer expenditure, including signing striker Robert Lewandowski from Bayern, Barcelona had hoped to be able to demonstrate they could challenge for the Champions League.

Xavi said he would not change the starting line-up to rest key players if Inter won and Barcelona were knocked out.

“I have already decided the team,” he said. “It will only change if there is an injury or problem, it’s not related to what happens in Milan.”

Barcelona were knocked out in the group phase last season and dropped into the Europa League, where they were beaten by eventual winners Eintracht Frankfurt in the quarter-finals.

“If in the end we wind up in the Europa League we will go out to compete like lions and try to win it,” added Xavi.

“I am always positive, but when it’s no longer in your hands, you aren’t so positive, it’s logical, it’s human.”