Xavi: I will leave Barca if I think I'm not the solution 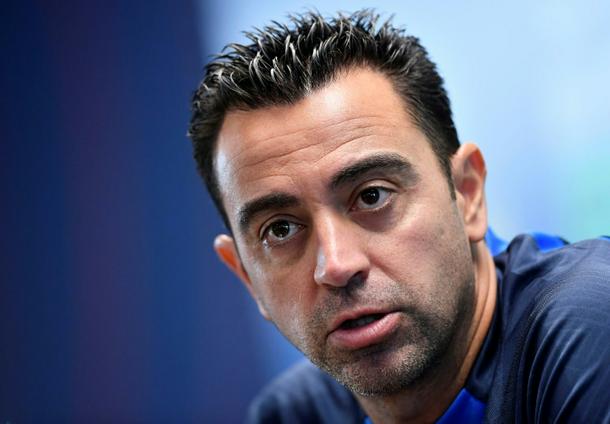 Barcelona coach Xavi Hernandez speaks ahead of the Clasico

Barcelona (AFP) - Barcelona coach Xavi Hernandez says he will walk away from his post if he feels he cannot help the team improve.

The Catalans are close to elimination from the Champions League after a draw with Inter Milan on Wednesday, despite heavy summer expenditure, and have faced criticism this week, ahead of the Clasico on Sunday.

“I know there’s a lot of pressure, a lot of criticism, this is Barca,” Xavi told a press conference on Saturday.

“I will not stop working and trying. The day that I’m not sure (of myself), I will leave. I will not be a problem for Barcelona, the day I see I am not a solution.”

The coach insisted that it is too early to judge his team after the new arrivals this summer, and believes they are heading in the right direction.

“It’s a vital game for us, and for Madrid too, let’s see who comes out of it as leaders,” said Xavi. “I think (our) project is under construction. The debacle in Europe is sad, but we are on a good path. We are having a splendid season in La Liga.

“We have made good signings, it’s too soon to draw conclusions. We have to keep working, I don’t know any other path towards success.”

Barcelona will have defender Jules Kounde back from injury after Xavi confirmed the French international was training at 100 percent.