Wales captain Biggar out of autumn Tests as Halfpenny returns 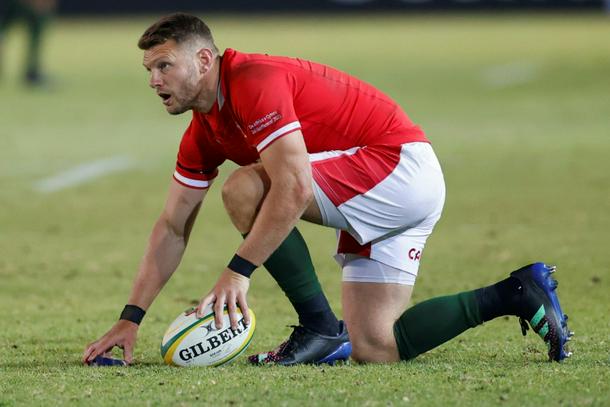 London (AFP) - Dan Biggar has been ruled out of Wales’ November Tests with a knee injury but Leigh Halfpenny, Ken Owens and Justin Tipuric are back on international duty after more than a year away.

Northampton fly-half Biggar, who captained Wales in last season’s Six Nations and to his country’s first Test victory over the Springboks in South Africa three months ago, picked up an injury playing for the English Premiership club earlier this month.

He will miss Autumn Nations Series Tests against New Zealand, Argentina and Georgia.

And he is unavailable for Wales’ closing match against Australia on November 26 as that game falls outside World Rugby’s Test window, when English Premiership clubs do not release their players for fixtures other than England’s.

No captaincy replacement has yet been announced, although Biggar’s fellow British and Irish Lion Adam Beard would be a clear favourite. Other options include three more Lions – Alun Wyn Jones, Owens and Tipuric.

“We hadn’t planned on changing the captain, but obviously with Dan’s injury that is something we will look at in the coming days,” said Pivac, who added that Wales could field more than one skipper over the four games.

“With Dan, we would expect him to be playing by the end of the autumn series, but of course the last game is against Australia, so that rules him out. We haven’t selected him on that basis, but we don’t expect him to be out too long.”

Other players unavailable through injury include full-back Liam Williams and prop Wyn Jones, in addition to back-row forwards Josh Navidi and Taine Basham.

But there is no place for British and Irish Lions scrum-half Gareth Davies, prop Rhys Carre or flanker Ross Moriarty.

“It’s great to have Ken, Justin and Leigh back after long-term injuries,” said Pivac. “They are three great players who have served Wales very well.

“They are all British and Irish Lions, so quality players. We’re excited to have them in the squad for obvious reasons. We have a number of young players in this squad so it will be great for them to rub shoulders with these experienced ones.”

Wales open their autumn programme against the All Blacks in Cardiff on November 5, who they have not beaten since 1953.

New Zealand won this year’s Rugby Championship, but were defeated in two of their first three games and lost a home series to Ireland in July.

“We were hell-bent on doing that in South Africa (where they lost the series 2-1), and we would love to create some history in that (New Zealand) match.”