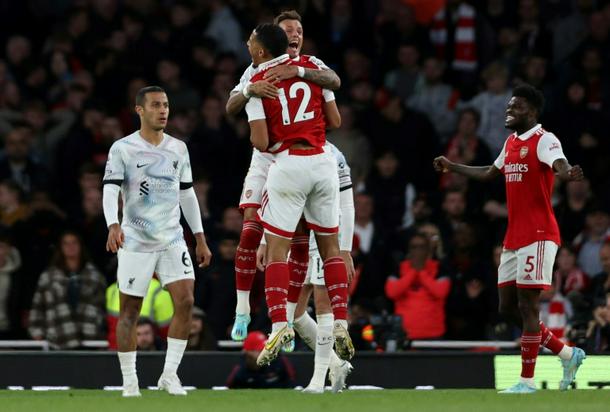 London (AFP) - Arsenal took another step to proving their Premier League title credentials with a thrilling 3-2 win over Liverpool, but the Gunners are unable to shake off free-scoring Manchester City.

Erling Haaland struck his 20th goal of the season in just 12 games as City thrashed Southampton 4-0 to remain one point off the leaders.

Victories for Tottenham, Chelsea and Manchester United compounded a miserable weekend for Liverpool, who now have a mountain to climb just to make it back into the top four. 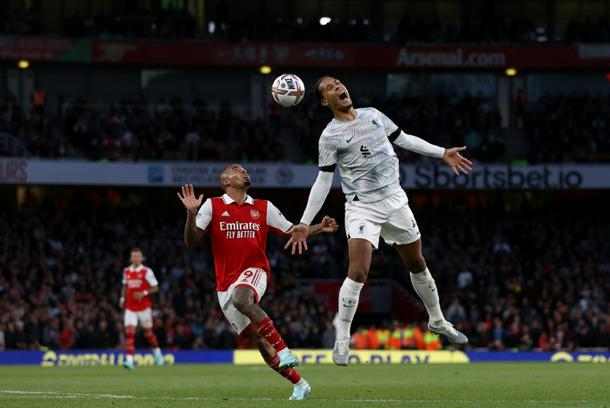 – Virgil van Dijk admitted the Reds are suffering a crisis of confidence after defeat at the Emirates left them 14 points behind the leaders.

Jurgen Klopp’s side have won just two of their first eight league games in their worst start for 10 years.

Just months on from narrowly missing out on an unprecedented quadruple, Liverpool are languishing in mid-table having already lost as many games as they did in the entirety of last season.

A creaky defence has been a major factor in their woeful run, with Trent Alexander-Arnold again exposed and the usually imperious Van Dijk below his best against Arsenal.

Liverpool have conceded six goals in their last two league games and also suffered a shambolic 4-1 defeat at Napoli in the Champions League in September.

“Confidence is definitely a thing, that plays a part, we are human beings,” Van Dijk said.

“Sometimes you need confidence in certain moments, and if your confidence is not high, that cannot help you.”

“If you are not winning regularly like we need to, then confidence is creeping away, but we know it can turn around as well.”

Tottenham win a tribute to Ventrone 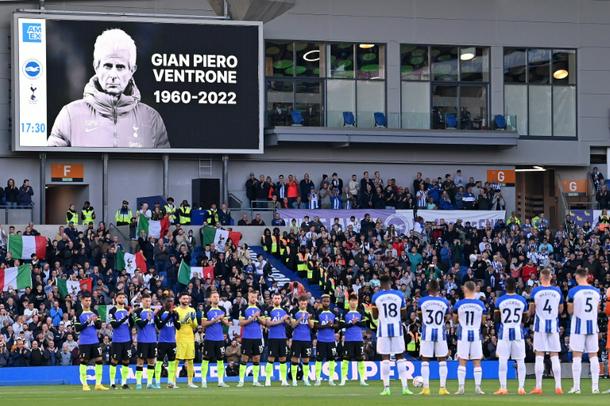 – Harry Kane scored the only goal as third-placed Tottenham were made to grind out a 1-0 win at Brighton at the end of a difficult week for Antonio Conte and his players.

Kane pointed to his black arm band and to the sky after scoring at the Amex, while Conte was visibly emotional during a minute’s silence before kick-off.

“In only 10 months, I think Gian Piero went through the heart of everybody,” said Conte.

“They appreciated because we are talking about a really big worker and for me, in his job, he is a scientist.”

Kane was also close to tears in his post-match interview.

“We are really devastated by the pain of what happened,” said the England captain. “No one expected this situation.” 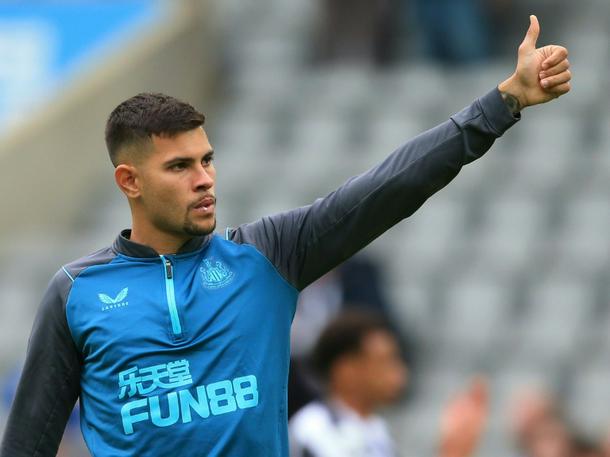 – One year on from Newcastle’s controversial takeover by the Saudi sovereign wealth fund, the Magpies are targeting the top four.

Despite the deep pockets of their new owners, Newcastle have been more reserved in the transfer market than many expected 12 months ago.

But their biggest investment so far is beginning to pay off as Bruno Guimaraes scored twice against the Bees.