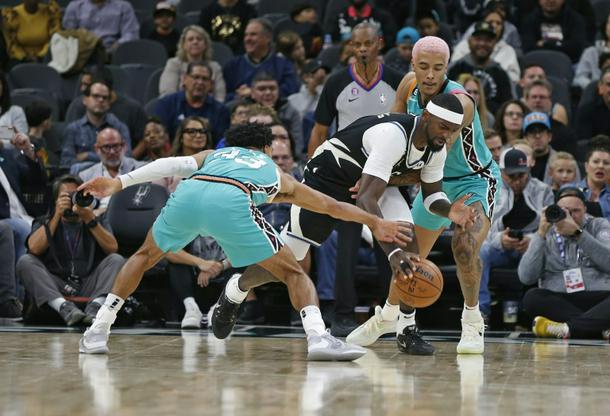 In Boston, Brown knocked down the first 10 shots he took, adding eight rebounds and eight assists.

Tatum connected on 11 of 21 from the floor for his seventh game this season of 30 or more points and the Celtics received key contributions from Al Horford, Grant Williams and reserve Payton Pritchard in the victory.

“Guys have bought into making each other better whether they have the ball or not,” Celtics coach Joe Mazzulla said of his team’s vibrant offense, which Tatum said was a product of trust.

“We’re trusting each other, we’re moving the ball. You pass and you trust that you’re going to get it back. The only thing you can do wrong is stay still,” Tatum said in an on-court interview. “We just continue to keep moving, find the open man and make the right play.”

Jokic paced the Nuggets with 29 points, but again found himself frustrated by early foul trouble in a sometimes testy encounter.

Denver’s Aaron Gordon added 17 points and eight rebounds – and was assessed a flagrant foul after he crashed into Boston’s Grant Williams with 5:06 left in the fourth quarter.

The move didn’t slow the Celtics, who continued to build on their 13-point lead.

Denver had kept the deficit within single digits much of the night, but never led after taking a brief one-point advantage early in the first quarter.

In San Antonio, the young Spurs squad took full advantage of the absence of Milwaukee’s two-time MVP Giannis Antetokounmpo and Jrue Holiday to topple the Bucks.

Keldon Johnson scored 29 points for the Spurs, who took the lead in the first quarter and rolled from there.

Devin Vassell had 22 points and Jakob Poeltl added 15 with 10 rebounds for San Antonio.

Antetokounmpo missed a second straight game with a sore left knee and Holiday missed his second with a sprained ankle.

The Bucks, who are still awaiting the return from injury of 2021 championship contributor Khris Middleton, were also without Pat Connaughton and Joe Ingles, and lost Grayson Allen to illness shortly before the game.

Jevon Carter scored 21 points for Milwaukee and Brook Lopez added 19, but the Spurs out-scored the Bucks 50-32 in the paint and 21-0 on the fast-break.

In Orlando, the Magic notched a second straight victory for the first time this season as they downed the short-handed Phoenix Suns 114-97.

Wendell Carter Jr. scored 20 points and pulled down 10 rebounds for the Magic. Franz Wagner added 17 points as six Orlando players scored in double figures to make up for the absence of dynamic rookie Paolo Banchero, who missed a second straight game with a sprained left ankle.

Cameron Payne scored 22 points for the Suns, who were without veteran point guard Chris Paul for a second straight contest because of a sore right heel.