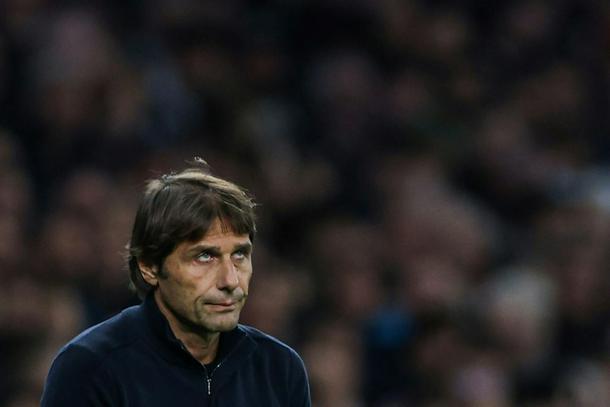 Antonio Conte's Tottenham team are third in the Premier League

London (AFP) - Tottenham boss Antonio Conte says he is working hard to infuse a winning mentality throughout the whole club.

Spurs are currently third in the Premier League, four points behind leaders Arsenal and three behind Manchester City ahead of Saturday’s home match against Everton.

Conte said it was not difficult to convey his message verbally but it was tougher to instill good habits in his men.

“I think to transfer this message with the words is not difficult because I think everyone can speak about mentality, the winning mentality, everybody,” he said at his pre-match press conference on Friday.

“If we want to transfer this concept you have to know this concept because you did this path in the past and then you have to find players and an environment open to receive this situation.”

The Italian admitted that building a winning mentality was hard work.

“We are working a lot on this aspect,” he said. “I’m enjoying a lot to work with these players and to try to involve the whole Tottenham environment because a winning mentality has to be for the whole club and not only for the players.”

Conte said he had not been concerned with the lack of goals from forward Son Heung-min earlier in the season after the South Korean scored twice against Eintracht Frankfurt in Tottenham’s midweek Champions League win.

“I think we are talking about two important players for us and they work very well. It can happen during the season that you have a period that you can’t score or you are a bit unlucky.

“But I repeat – we are talking about two important strikers. For sure at the end of the season, I know that they are going to score more goals to help us to try to do our best.”