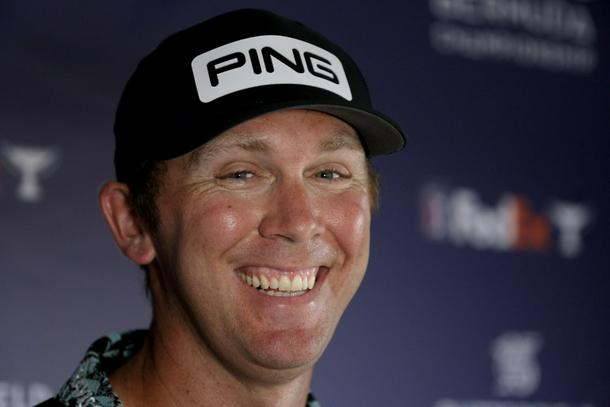 All three are in the field for the fourth-year PGA event on the windy seaside par-71 layout at Port Royal Golf Club in Southampton, Bermuda.

Power, the highest-ranked player in the field at 48th, won his first PGA title last year at the Barbasol Championship, outlasting American J.T. Poston in a six-hole playoff.

This past season, Power managed a career-high five top-10 finishes and reached a career-best 36th in the rankings. He’s hopeful the hot streak might last long enough to earn a look for Europe’s 2023 Ryder Cup squad, which will try to defeat the United States next year in Italy.

“Having the Ryder Cup this (coming) year, every European dreams of that. So that’s always going to be something in the back of your mind,” Power said.

“If you play well, I feel like it will take care of itself. But what an honor that would be and that’s always going to be a goal.”

Power, 35, has played a couple of practice rounds with Donald but hoped to speak with him about the Ryder Cup this week and about what schedule might help his cause.

“I’m definitely going to like get some feedback on the schedule from him and ask what he’d like to see,” Power said.

“Those guys have a lot of good input.”

Power’s primary goal will be to reach next year’s PGA FedEx Cup playoffs to secure his tour rights for the 2023-24 campaign.

“First and foremost is going to be the FedExCup,” he said. “I love what I do, but it is your job at the end of the day, so that’s the first thing you want to make sure you keep.”

Detry, a 29-year-old PGA rookie ranked 110th in the world, wants to speak with Donald in Bermuda as well.

“I’ve had a couple conversations with him, not really recently,” Detry said. “I’m looking forward to get to meet him a little bit better.”

Detry, 29, hopes for a spot in the Hero Cup team event in January at Abu Dhabi, where 10-man teams from Continental Europe and Britain-Ireland will play with Donald selecting both lineups in what will be a Ryder Cup tuneup.

“I’m planning on playing that if I’m making the team, which I’m very hopeful I will,” Detry said.

“It’ll bring back the European team and get us ready for the Ryder Cup.”

The United States thumped Europe 19-9 in last year’s Ryder Cup at Whistling Straits but the Americans have not won on European soil since 1993.