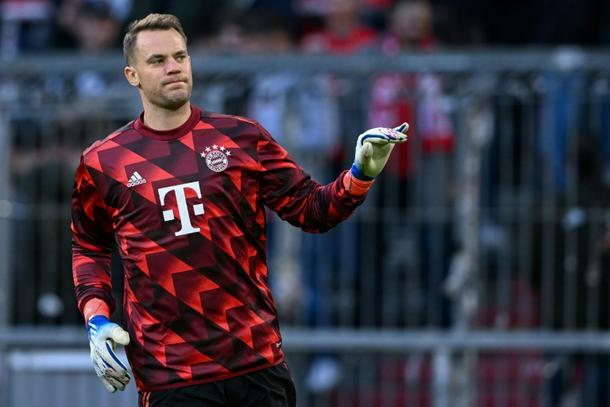 “Manuel won’t play, he is still in pain. I hope he can be back next week, but Freiburg will be too early for him,” said Nagelsmann, whose team will now be without their captain for a second game in a row.

Neuer missed Bayern’s 4-2 Champions League win over Viktoria Plzen in midweek with a bruised shoulder, but had played every single minute of the league season so far.

Nagelsmann confirmed that he would once again be replaced by reserve keeper Sven Ulreich on Sunday.

Bayern remain under immense pressure ahead of the Freiburg game, having won just one of their last six games in the Bundesliga.

With Freiburg in Munich and Union set to host Borussia Dortmund this weekend, Nagelsmann insisted that it was up to Bayern to catch the two surprise packages at the top of the table.

“It’s less about Union and Freiburg’s performances and more about our own,” he said. “It’s up to us to get back to where we want to be.”

Bayern’s worst start to a season in 12 years has increased the pressure on Nagelsmann, who had already faced criticism after Bayern’s Champions League quarter-final exit to Villarreal last season.

Yet club CEO Oliver Kahn backed the 35-year-old coach this week, saying there were “no doubts” about the quality of his work.