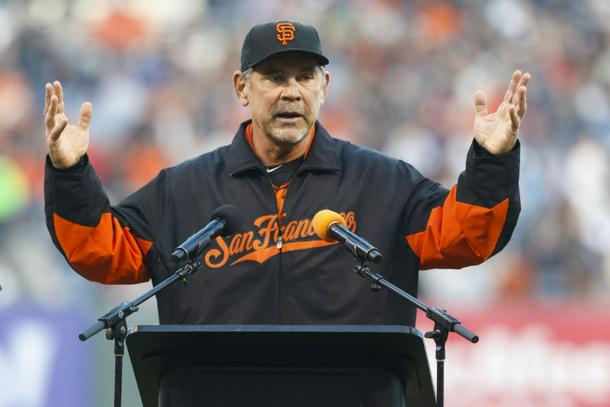 Bruce Bochy, a three-time World Series champion manager with the San Francisco Giants, has been hired as the new manager of Major League Baseball's Texas Rangers

Washington (AFP) - Three-time World Series champion manager Bruce Bochy was hired Friday as the new manager of the Texas Rangers, who signed the 67-year-old bench boss to a three-year contract.

The Rangers finished this past season 68-94, a sixth consecutive losing campaign out of the playoffs. They fired manager Chris Woodward and president of baseball operations Jon Daniels in August, with Tony Beasley finishing the season as an interim manager.

He has spent the past three years as a special advisor for the Giants and last month managed France in qualifying for the 2023 World Baseball Classic.

Bochy was enticed into joining the Rangers after talks with owner Ray Davis and general manager Chris Young over the past few days.

“Their vision and commitment to putting together a club that can contend and win year in and year out is impressive and I became convinced I wanted to be a part of that,” Bochy said.

“If I was going to return to managing, it had to be the right situation. I strongly believe that to be the case with the Rangers and I can’t wait to get started.”

Bochy, who went 1,052-1,054 in his quarter-century as an MLB manager, guided San Diego to the 1998 World Series and masterminded the Giants to the crown in 2010 by beating the Rangers.

“Bruce was one of the most successful and respected managers in MLB,” Young said. “With a calm and steady presence, he has a remarkable ability to connect and communicate with players, coaches, and staff, and his teams have always played with maximum effort.”

Bochy was in his final year as a manager in San Diego in 2006 when Young was a pitcher in his first season with the Padres.

Bochy becomes the first Rangers manager to join Texas after winning a World Series and the first with prior MLB experience since Buck Showalter’s hiring 20 years ago.

Only twice before has an MLB manager been hired by a team he defeated in a World Series, the Phillies picking Joe Girardi from 2020-22 after he guided the Yankees over them in 2009 and Johnny Keane managing the Yankees in 1965-66 after guiding the St. Louis Cardinals over the Yankees in the 1964 Series.