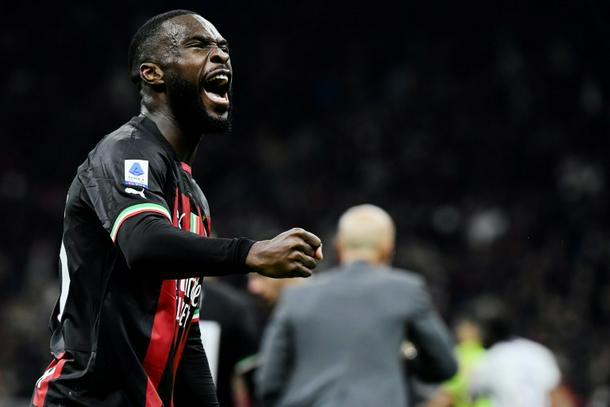 Milan were overjoyed at their late win over Fiorentina

Stefano Pioli’s Milan looked to be falling further behind unbeaten Napoli heading into the World Cup break after Antonin Barak levelled Rafael Leao’s early opener midway through the first half.

But with the clock ticking down and chances going begging, Fiorentina defender Milenkovic bundled the ball into his own goal just after goalkeeper Pietro Terracciano clashed with Ante Rebic while trying to punch out a cross.

The away side – who also had at least one solid penalty shout for a Fikayo Tomori challenge on Jonathan Ikone – were livid at the goal while a packed San Siro roared in delight at a win which keeps Milan just about in sight of rampant Napoli.

“It was a hard match for us, the important thing was to win before the break,” said Fikayo Tomori to DAZN.

Milan are second, two points ahead of Lazio who lost 3-0 in Turin, after a fraught contest in which Fiorentina more than played their part.

Cristiano Biraghi struck the post and Ikone had a good effort cleared off the line just before Milan snatched the points and left Fiorentina in 10th.

“You have to look at yourself, and with what we created we needed to score the second and maybe even third goal,” said Barak to DAZN.

“We didn’t do that and if you miss one, two, three, then four chances a bit of bad luck can come along.”

Italy forward Kean gave Juventus their sixth straight league win with strikes in each half at the Allianz Stadium which took him to five goals in as many matches in all competitions.

With Dusan Vlahovic unavailable for Juve as he tries recover from a groin injury to play for Serbia at the World Cup, Kean has become a reliable performer for coach Massimiliano Allegri. 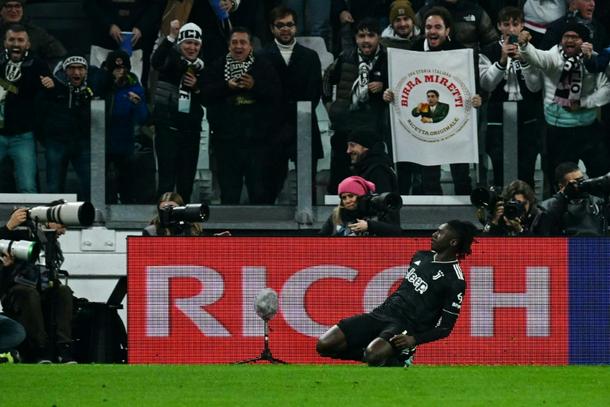 Moise Kean has scored four Serie A goals this season

He showed his worth on Sunday night in a win which allowed Juventus to leapfrog Lazio into third, although they are 10 points back from Napoli.

“We’re a long way behind, but six matches ago nobody believed we could be third and that is a step forward,” Allegri told DAZN.

“Now we need to recharge our batteries and be ready to start all over again in the new year.”

Kean opened the scoring two minutes before the break, bursting onto Adrien Rabiot’s through ball and lobbing Ivan Provedel, and sealed the win eight minutes after the restart by tapping into an empty net after Provedel pushed out Filip Kostic’s low drive.

Arkadiusz Milik made it a perfect night for Juve with a minute left when he guided home Federico Chiesa’s pull-back.

Six clean sheets have accompanied Juve’s winning run, and they have the league’s best defence with just seven goals conceded in 15 matches.

Paulo Dybala made an almost immediate impact in his first Roma appearance in over a month, helping his underwhelming team snatch a late 1-1 draw with Torino after coming off the bench with 20 minutes remaining. 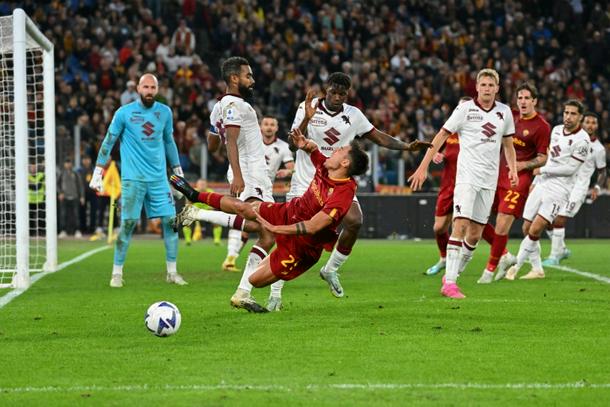 The 28-year-old won a stoppage-time penalty which former Torino captain Andrea Belotti smashed off the post, and seconds later Nemanja Matic thumped in a long-range leveller after Dybala’s curling shot crashed off the bar.

Jose Mourinho’s side sit seventh, three points behind Lazio in the race for the Champions League spots.

“We are a limited team. When a player like Dybala isn’t playing it’s different,” said Mourinho, who was sent off late on.

Poland international goalkeeper Bartlomiej Dragowski is out of the World Cup after suffering a bad ankle injury in Spezia’s 2-1 win at rock-bottom Verona which moved his team six points clear of the relegation zone.