Lehecka stuns Auger-Aliassime as another seed falls in Melbourne 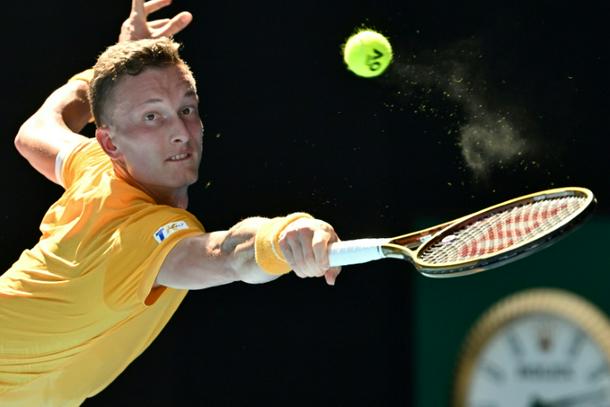 Melbourne (AFP) - Jiri Lehecka stunned Felix Auger-Aliassime on Sunday to surge into the Australian Open quarter-finals in only his fifth Grand Slam appearance as yet another seed fell.

It was his first defeat ever of a top-10 player and built on his victories over ATP Masters 1000 champions Borna Coric and Cameron Norrie in earlier rounds.

“Honestly, it feels amazing,” said Lehecka, who has climbed 70 places in the rankings over the past year to 71.

“It’s tough to find the words because what I’ve been through in the last year and now coming back to Australia.

“After losing in the first round last year, if someone had told me before the tournament that I would be playing like this, I wouldn’t have believed them.

He will play the winner of a blockbuster evening clash between Greek star Stefanos Tsitsipas and dangerous Italian 15th seed Jannik Sinner.

Tsitsipas is the highest seed left in the draw at three following Rafael Nadal and Casper Ruud’s early exits and has yet to drop a set.

Sinner is looking for revenge after losing to him in the quarter-finals last year.

As a qualifier he advanced to the semi-finals with wins over Denis Shapovalov and Lorenzo Musetti before pushing Tsitsipas to three sets.