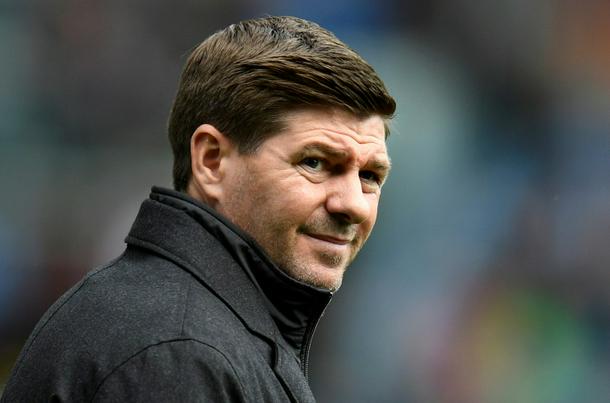 Gerrard was axed by Villa in the immediate aftermath of Thursday’s 3-0 defeat at Fulham as the Premier League strugglers ended his 11-month reign in ruthless fashion.

The former Liverpool and England star departed just hours after being jeered by angry Villa fans when their team’s latest flop left them just one place above the relegation zone.

It is a startling fall from grace for Gerrard, who won widespread admiration after leading Rangers to the Scottish title in 2021.

Ending Celtic’s long period of dominance in Scotland in his first managerial role sparked talk that Gerrard would be in line to replace Klopp at Anfield if the German were to leave Liverpool.

That speculation has been dampened by Gerrard’s struggles at Villa.

But after the brutal conclusion to Gerrard’s first Premier League post, Klopp has already spoken to the 42-year-old to reassure him he will make the most of his next opportunity.

“I’m sure he will come back from that. Over the years we haven’t met too much for different reasons, first he was in America and then he worked in the academy,” Klopp told reporters on Friday.

“I always followed him, we had a little exchange this morning, but nothing too deep or a long conversation. I can imagine that it’s a disappointment for him because of the ambitions he had.

“We don’t have to worry about Stevie, he knows the game long enough that these things happen. We all get knocks. It’s about how you respond.”

Gerrard’s spell working at Liverpool’s youth academy in 2017 gave him an insight into Klopp’s methods.

And the German urged Gerrard, who won the Champions League and FA Cup during his time as a Liverpool player, to take a break to recharge mentally before diving back into the managerial fray.

“It happens to great managers out there, some had to leave their clubs for different reasons, some of the best manager. Quite frequently they show up and learn from it in a better situation,” Klopp said ahead of Liverpool’s trip to Nottingham Forest on Saturday.

“He will be back 100 per cent. I hope he takes a bit of time because since he finished his career he’s working all the time. He should use it for himself to recharge.”