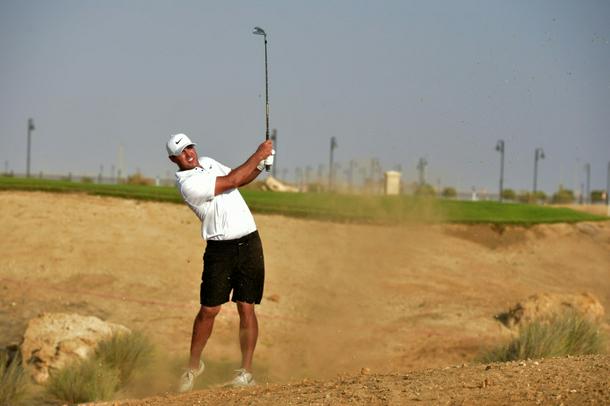 King Abdullah Economic City (Saudi Arabia) (AFP) - America’s Brooks Koepka said it “kind of sucks” after he hit his best form in years on Friday just as the breakaway LIV Golf tour’s first season is about to wind down.

In hot and windy conditions at Saudi Arabia’s Royal Greens course, the four-time major-winner shot eight-under-par 62 to lead South Africa’s Charl Schwartzel by two after the first round.

The Saudi-funded, 54-hole, no-cut invitational tour is making its debut on Saudi soil this week, ahead of the eighth and final event in Miami at the end of the month.

“Best I’ve felt in three years. And the golf swing is starting to come around. I’m excited. Kind of sucks we only have this event and Miami left, and a bunch of time off,” said Koepka.

The US PGA Tour has banned the LIV rebels, who include Phil Mickelson and Dustin Johnson among a clutch of major-winners, from its events, and a suspension from Europe’s DP World Tour is on hold pending a court challenge.

Koepka, who pointed to his stomach as he turned down a chocolate ice cream after his round, said he was finally back to his best after flirting with hip surgery.

“Just trying to be healthy, man. I’ve had quite a few nagging stuff over the year where we weren’t sure if we were going to go under the knife or not, and backing off in the gym has helped,” he said.

“Probably shouldn’t be eating ice cream. I mean, it looked good, though, I ain’t going to lie.”

India’s Anirban Lahiri carded 67 for a share of ninth despite suffering a flu-like illness since arriving from last week’s tournament in Bangkok.

“I made it through, so I’m very happy that I didn’t collapse,” he said. “I’ve got no energy. Probably slept 20 hours leading into today. That’s what helped me get through today.”

Players were startled by loud explosions to herald the shotgun start, where all 48 players are on course at once, and a female violinist on stilts entertained the galleries at the course north of Jeddah.

LIV, which bills itself as “golf, but louder” has positioned itself as a disruptor in an industry dominated by the US PGA Tour and its ally, Europe’s DP World Tour.

Critics have branded LIV, along with other Saudi sports ventures, as an act “sportswashing” – using high-profile events as a distraction from the conservative kingdom’s human rights record.