Jesus urges Arsenal to 'wake up' after Southampton draw 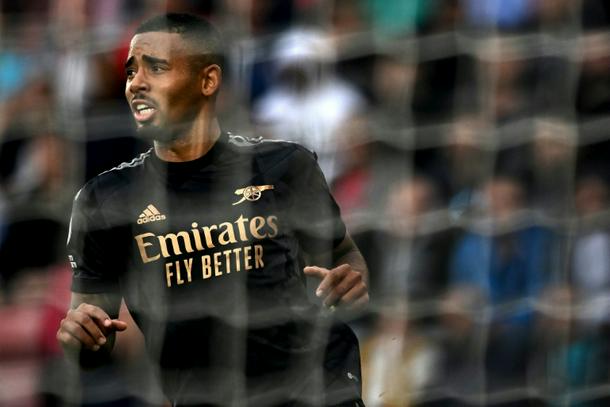 London (AFP) - Gabriel Jesus has warned his Arsenal teammates they must “wake up” following the Premier League leaders’ 1-1 draw at Southampton.

Granit Xhaka’s early goal gave the Gunners the lead at St Mary’s only for Mikel Arteta’s men to drop points for just the second time this season as the Saints made the Gunners pay for a poor display after half-time.

Arsenal forward Jesus himself failed to make the most of the few opportunities the visitors had to extend their advantage before Stuart Armstrong equalised for Southampton 25 minutes from time.

“Everyone is a little bit upset because we know we could win the game, get the three points,” Jesus told Arsenal’s website.

“I think they played good, but we were better than them. We give them a lot of easy balls and then we don’t score the goals with the chances we create.”

Nevertheless, the Brazil international said it was important Arsenal held their nerve and put this result into context.

“Now is the time you know everyone is going to talk about us, about our performance; I just want to say to the team to be calm.

“We are going to come back strong, play our football, like we started the season and everything is coming back to normal.

“Sometimes you drop a little bit, but you have to realise and wake up. That’s what we have to do.”

Jesus has now gone five games in all competitions without scoring a goal - a point not lost on the striker, who arrived from English champions Manchester City in a $50 million (£45 million) pre-season deal.

“I don’t know, I really don’t know,” he said when asked about his failure to score against Southampton.

Jesus, looking to bolster his tally of five goals in 14 appearances for the Gunners, added: “If I know, I can tell you. But the only thing I can do is keep trying, keep fighting, keep improving.

“I am here to score goals, I am here to help the team with the goals. I understand that. Of course, the goals are coming back soon.”

Arsenal, who continue their league campaign at home to Nottingham Forest after a Europa League tie away to PSV Eindhoven in midweek, are now two points ahead of second-placed City.