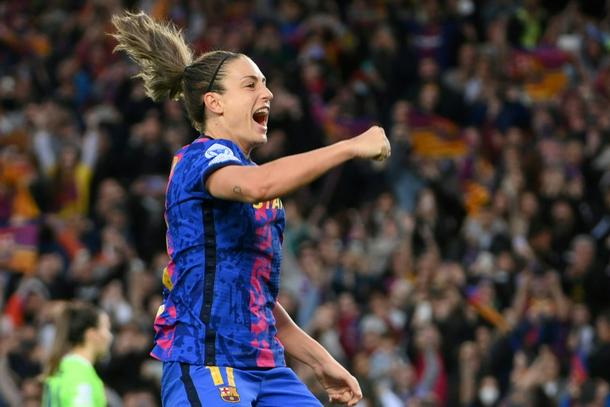 Barcelona (AFP) - Double Ballon d’Or winner Alexia Putellas may be painfully sidelined with a knee injury but her exploits last season continue to draw accolades as football waits for her return.

The women’s game has missed its biggest talent since she sustained an anterior knee ligament tear on the eve of Euro 2022 in June, which could keep her out until next summer, but her sparkling performances prior were recognised in Paris on Monday night.

Putellas, 28, the first player to win the coveted trophy twice since the women’s edition began in 2018, helped Barcelona waltz to the Spanish league title and reach the Champions League final.

The Catalans could not defend their European crown, beaten 3-1 by Lyon in Turin, with Putellas on the scoresheet, after netting twice in a 5-1 rout of Wolfsburg in the semi-final first leg, and thrice in the quarter-final matches against Real Madrid.

In the home legs of those matches Barcelona managed world record attendances for the women’s game, with 91,648 fans present at Camp Nou for the clash against the German side. “The most special moment was without doubt playing the two games at Camp Nou,” said Putellas. “I was able to fulfil the dream of any Barca fan.”

Putellas finished as the competition’s top goalscorer with 11 and took home the player of the tournament award, followed by the UEFA player of the year in August.

Despite the disappointment of defeat Putellas, the first Spain women’s player to reach 100 caps, headed into the Euros with her country among the favourites, but suffered her knee injury in training.

La Roja, missing Putellas’s creativity, were eliminated in extra-time by England and are now setting their sights on the World Cup in July 2022, although her participation is in doubt – and not just due to injury.

The Barcelona captain showed her leadership by publishing a statement calling for change, along with 15 national team players who asked not to be called up by Spain, amid differences with the coach Jorge Vilda and Spanish football federation.

Although injured and unavailable for selection, Putellas posted the message on Twitter in solidarity with her team-mates, who were not part of the team’s recent matches.

The stance marks her out, along with the two prior winners of the award, Norway’s Ada Hegerberg and American Megan Rapinoe, as strong personalities within the game, willing to take a stand off the pitch, as well as excelling on it. 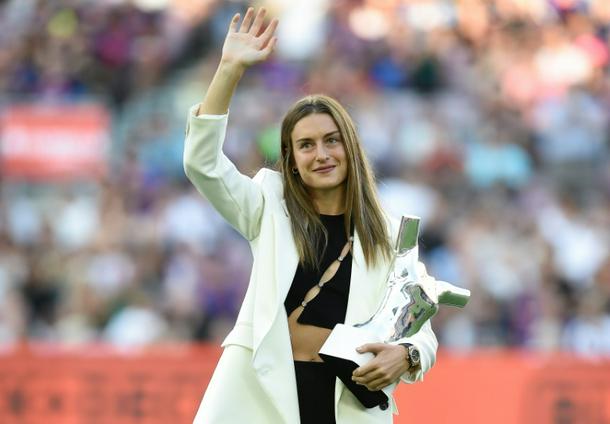 Born in Catalonia, at 10 years old she spent a year in Barca’s youth academy, but first played for Espanyol and then Levante before coming back to the team her and her family always supported in 2012, immediately establishing herself.

She has won the Spanish league six times, the Copa de la Reina on seven occasions and the Champions League once, in May last year. Putellas earned the nickname ‘La Reina’ – the queen.

“At first I was embarrassed by it, but I understand it’s all part of the business. Everyone can call me what they want,” she said.

In November 2021 Putellas became only the second Spaniard to win a Ballon d’Or, behind men’s player Luis Suarez, who won it in 1960.

She helped guide Barcelona to a 4-0 win over Chelsea in the Champions League final, scoring a penalty and brilliantly threading through a pass for Aitana Bonmati to net Barcelona’s third.

Putellas finished the 2021⁄22 season with 29 goals and 17 assists in the top flight and Champions League combined, a remarkable tally for a midfielder.

Barcelona finished as Spanish champions, winning all 30 games, netting 159 goals in the process and only conceding 11, an unstoppable force with Putellas as the main creative influence.

They have started the new campaign in the professionalised Liga F with four wins from four, watched by Putellas from the sidelines, keen to support her team-mates.

From fans approaching her in the stands for autographs to being painted as a Superwoman on a mural in the elegant Gracia neighbourhood, Putellas is still present in hearts and minds in the Catalan capital. Across the world, too, represented by her second consecutive Ballon d’Or.