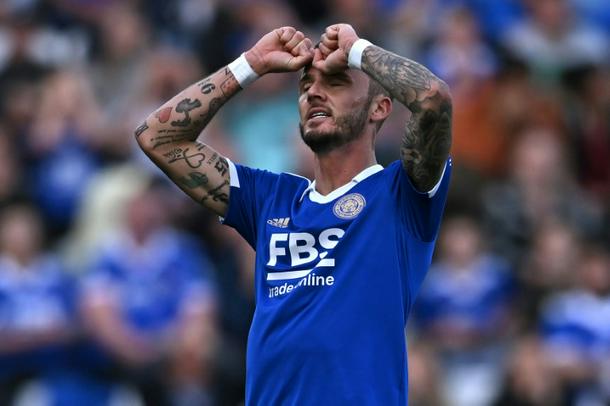 Leicester (United Kingdom) (AFP) - Leicester climbed off the bottom of the Premier League table on Saturday but failed to make their superiority count in a frustrating goalless draw with Crystal Palace.

The stalemate at the King Power Stadium leaves Brendan Rodgers’ team level on five points with Nottingham Forest, who have an inferior goal difference.

Leicester, with 24 goals conceded this season, have the leakiest defence in the Premier League and although they were solid at the back, they were unable to find their cutting edge in the autumn sunshine.

The home side had the bulk of the possession and the better chances in the first half but clear-cut opportunities were few and far between.

Harvey Barnes forced a save from Vicente Guaita after breaking into the box down the left and Patson Daka tested the goalkeeper midway through the opening period.

The visitors occasionally threatened, with Eberechi Eze firing just over in the dying minutes of the opening period but they were unable to put the Leicester defence under consistent pressure.

Leicester started the second half brightly, with in-form James Maddison unable to keep his left-footed shot down after being found by the lively Barnes.

Vardy, 35, is still hunting for his first goal of the season.

Maddison had another chance in the 71st minute but again shot too close to Guaita.

Palace manager Patrick Vieira made changes of his own but his team were unable to fashion clear-cut chances.

Nigeria forward Kelechi Iheanacho came on for Barnes with five minutes remaining but Leicester failed to find an opening despite some late pressure.

The draw means Leicester have still only won one league game this season.