A nail-biting 21-16 win for the Tampa Bay Buccaneers over the Seattle Seahawks - thanks to a vintage performance from star quarterback Tom Brady - would have satisfied most pre-game targets, but it was the ease with which Germany adopted the NFL which will please the commissioner the most.

With Seattle coming back to within one score in a game which had looked like a Bucs blowout, a sold-out Allianz Arena started belting out John Denver’s ‘Country Roads’, an Oktoberfest favourite, so loudly it diverted the players’ attention, even if briefly.

“At the end of the game with them singing Country Roads… that was pretty epic,” Brady told the post-match press conference, with the seven-time Super Bowl winner saying “that was one of the great football experiences I’ve ever had.”

“The fan turnout was incredible. It felt electric from the time we took the field.”

The 45-year-old Brady was playing his fourth international NFL game, after two in London and one in Mexico City, all of which he has won.

One of the NFL’s few big names outside the US, Brady’s star shone bright despite coming up against a Seattle side which is Germany’s second-most popular team, according to official NFL figures.

The most popular are the New England Patriots, where Brady won six of his seven Super Bowl rings. 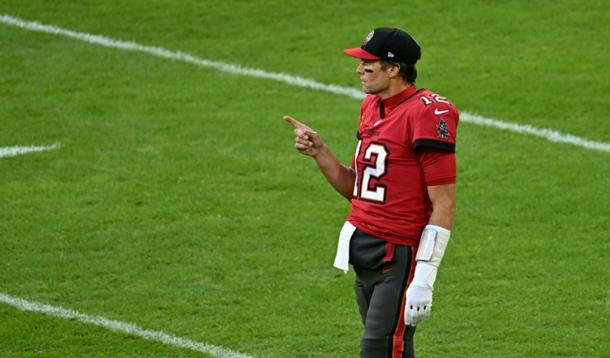 The NFL’s popularity in Germany remains a mystery to many, although almost everyone has an explanation for why the league has enough of a foothold to host four matches over the next four years.

Many explanations point to the strong American influence in West Germany after the war and the presence of US military bases across the country.

Timo Czerwonka, the Vice President of the German Seahawkers Seattle Fan Group - with 3,000 paying members, 90 percent of whom are Germans - told AFP the crucial moment was in 2010 “when they started showing the game on free TV”.

Knowing the complex, tactical game was unfamiliar to German viewers, Czerwonka says broadcaster ProSieben focused on “the 99 percent of Germans who have no idea about the rules” and started to explain the basics.

“They might be experts but they explain it clearly. Sometimes smoke comes out your ears a little bit afterwards.”

Fans may still find the game confusing, but the party atmosphere as tens of thousands spread out near the stadium was attraction enough.

Wearing an intricate pirate costume trimmed with a homemade Tampa Bay cape, Franc, 55, drove from France to Munich for the match - without a ticket.

“No! I have no ticket. I came here just for the fun, and to see the supporters.”

Czerwonka said the increasing predictability of Germany’s number one sport football, where the wealthy Bayern Munich have won the last ten Bundesliga titles, turned fans towards other sports.

“If you watch the Bundesliga, you know Bayern Munich will be the permanent champions. (In the NFL) it is exciting because of the draft and because there will be no Bayern Munich who always wins.”

Not all fans have an explanation for the game’s popularity.

Dressed in a Chewbacca costume and wearing a Green Bay Packers jersey outside the stadium, Munich native Steffen Wolfhardt, 38, said he had “no idea” why the game had become so popular.

“I myself am completely surprised by what’s going on here. It’s unbelievable - great, of course - but (I have) no idea,” Wolfhardt told AFP. 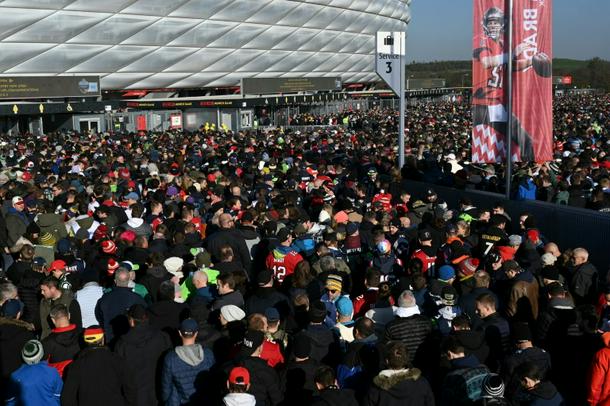 Adept at exploiting commercial potential, the NFL is moving to capitalise on this popularity - announcing one game a year for the next four season.

On Saturday, Goodell played to the audience while speaking in Munich, telling fans there would be “at least” one game a year in Germany for the foreseeable future.

With the NFL’s Mexico City fixture in jeopardy due to venue issues, Goodell teased “there might be some exciting announcements coming forward.”

Smoking a cigarette outside the venue, Munich taxi driver Herbert Joellingen, 63, did not quite know what all the fuss was about.

“Complete craziness. The people here don’t even understand the rules.”