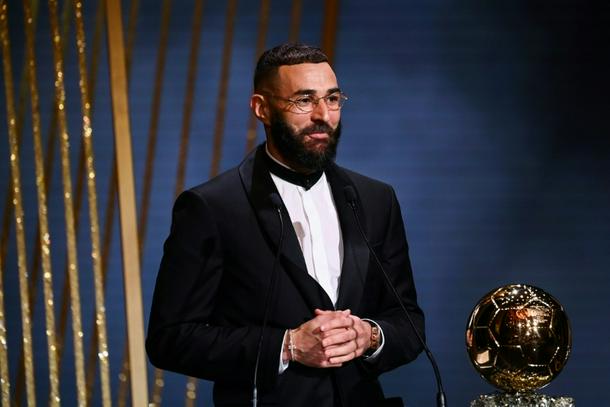 Paris (AFP) - Karim Benzema was rewarded for his remarkable success with Real Madrid by winning the Ballon d’Or at a star-studded ceremony in Paris on Monday, while Spain’s Alexia Putellas retained the women’s prize.

Benzema, who is the first French winner of the most prestigious individual award in football since Zinedine Zidane in 1998, scored 44 goals in 46 games for his club last season as Real won the Champions League and La Liga.

Fifteen of his goals came in the Champions League, including hat-tricks in knockout wins against Paris Saint-Germain and Chelsea and three more across both legs of a stunning semi-final defeat of Manchester City.

The 34-year-old, who also won the UEFA Nations League with France, succeeds Lionel Messi with the Argentine not nominated this year after claiming the prize for the seventh time in 2021.

“The Ballon d’Or might be individual but it’s still a collective award. This is the Ballon d’Or of the people,” Benzema declared.

“Winning this trophy was always something that was in the back of my mind,” he added.

Benzema pushed Sadio Mane into second place, although the Bayern Munich and Senegal star did have his off-field work recognised as he was given a new award named after former Brazil star Socrates.

Winning the award, organised by France Football magazine, caps a remarkable career revival for Benzema, who was frozen out of the France team for five and a half years because of his involvement in a blackmail scandal over a sextape involving teammate Mathieu Valbuena.

He returned to the national team for last year’s European Championship and will now go to the World Cup in Qatar with France next month.

“There were moments that were much more difficult for me, for example when I wasn’t with the national team, but I am really, really proud of my journey,” he added. 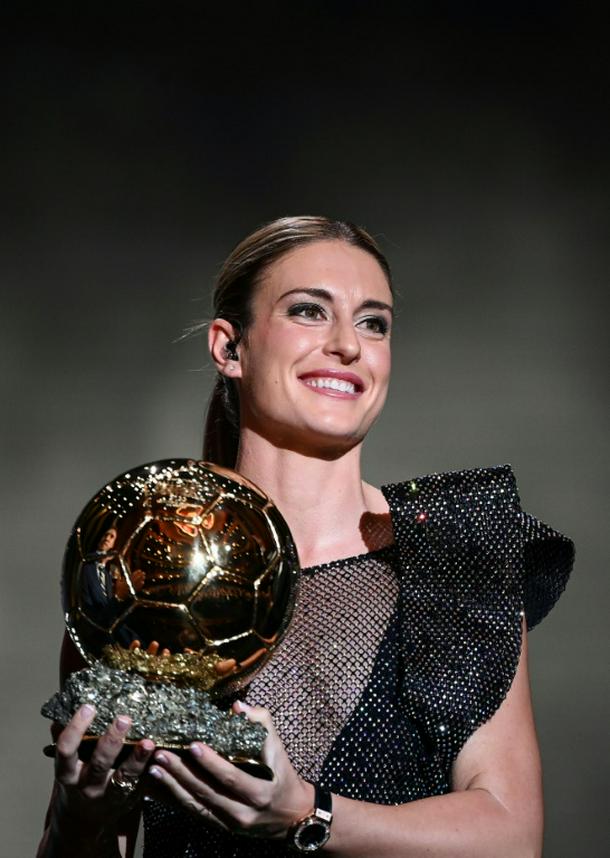 Benzema turns 35 on December 19, the day after the World Cup final, and is the oldest winner of the Ballon d’Or since the very first, Stanley Matthews in 1956.

The former Lyon striker is also the fifth Frenchman to win the prize, with Raymond Kopa, Michel Platini and Jean-Pierre Papin all getting their hands on the trophy before Zidane.

The award was previously based on a player’s performances over the course of the calendar year.

But the format has changed, with the prize now based on a player’s record over the last season.

That may have helped Putellas win the women’s award despite suffering a serious knee injury in July that saw her miss the European Championship with Spain.

Instead, Putellas’s performances with Barcelona were recognised after she top-scored in the Women’s Champions League to help the Catalans reach the final, which they lost to Lyon.

“It makes me even more annoyed to be injured, but I am very happy to be here,” Putellas said.

“To retain the trophy is much harder. When I injured my knee I thought my chances of winning it had gone but in the end the jury based their decision on the whole of last season, of which I only missed one month.”

The 28-year-old edged out Beth Mead, who scored six goals for the England side that won the Euro on home soil.

It is just the fourth time a women’s Ballon d’Or has been awarded, with Norway’s Ada Hegerberg winning the inaugural prize in 2018 and Megan Rapinoe triumphing in 2019.

There was no ceremony in 2020 due to the pandemic, before Putellas won her first a year ago.

Her injury means she is unlikely to make it a hat-trick next year, although she hopes to play again this season.

“The knee is doing well. I just need to focus on recovering and if everything goes as I hope – and as the doctors and my club hope – I will be back playing this season,” she said.

Barcelona and Spain midfielder Gavi won the Kopa Trophy for the best player aged under 21, while Lewandowski received the award for last season’s top goalscorer, renamed the Gerd Mueller Trophy.

Real Madrid’s Thibaut Courtois won the prize for best goalkeeper of the year.