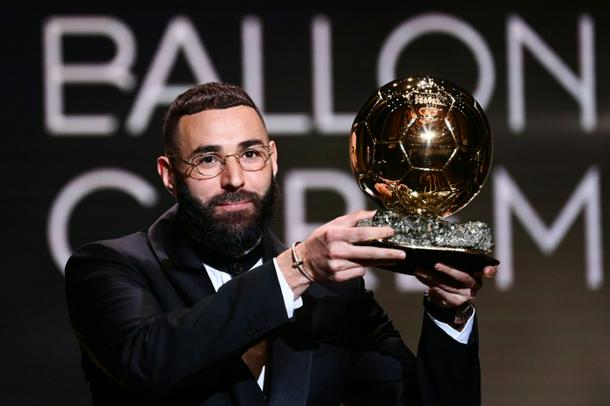 Benzema, who is the first French winner of the most prestigious individual prize in football since Zinedine Zidane in 1998, scored 44 goals in 46 games for his club including 15 in the Champions League.

Winning the award, which is given out by France Football magazine, caps a remarkable career revival for Benzema, who was frozen out of the France team for five and a half years because of his involvement in a blackmail scandal over a sextape involving teammate Mathieu Valbuena.

He was later handed a one-year suspended prison sentence and a fine of 75,000 euros ($73,848) for his involvement in the affair.

However, he returned to the national team for last year’s European Championship and will now go to the World Cup in Qatar with France next month.

He will turn 35 on December 19, the day after the World Cup final.

Benzema is the oldest winner of the Ballon d’Or since the very first winner, Stanley Matthews in 1956.

The former Lyon striker is also the fifth Frenchman to win the prize, with Raymond Kopa, Michel Platini and Jean-Pierre Papin all getting their hands on the trophy before Zidane’s victory in 1998.