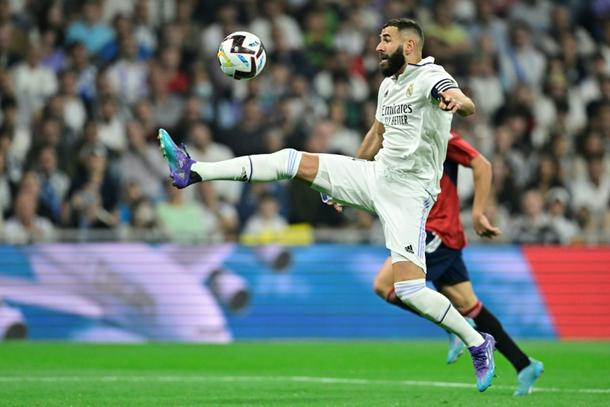 Karim Benzema, who turns 35 in December, had a fantastic season with Real Madrid as the Spanish giants won the Champions League and La Liga

Paris (AFP) - Karim Benzema is the overwhelming favourite to win the men’s Ballon d’Or at a ceremony in Paris on Monday and thereby become the first Frenchman to claim the most prestigious individual prize in football since Zinedine Zidane almost quarter of a century ago.

There are 30 nominees, but the Real Madrid striker is the outstanding candidate after his remarkable performances last season helped his club win the Champions League and La Liga.

Benzema scored an astonishing 44 goals in 46 games for his club including 15 in the Champions League.

His exploits included a hat-trick in 17 second-half minutes against Paris Saint-Germain in the last 16, and another away to Chelsea in the quarter-final first leg. He also scored three more goals over both legs of the semi-final against Manchester City.

Benzema was named the UEFA player of the year in August, and he is living a marvellous twilight to his career with the World Cup to come.

Formerly a pariah, frozen out of the France team for five and a half years because of his involvement in a blackmail scandal over a sextape involving teammate Mathieu Valbuena, Benzema has put that behind him and is playing the best football of his career with his 35th birthday approaching the day after the World Cup final.

“What is most important to me is to win collective trophies. If you do things well on the field, individual awards will follow,” Benzema pointed out recently.

His victory at the Chatelet Theatre in the French capital seems an inevitability.

“If they don’t cancel it then he’s probably going to win this Ballon d’Or,” said Barcelona striker Robert Lewandowski this week.

That was a joke by the Pole, who would surely have been crowned in 2020 had that year’s award not been cancelled due to the pandemic.

Normal service was restored last year when Lionel Messi won the Ballon d’Or for the seventh time, but he is not even nominated this time after a disappointing season at Paris Saint-Germain.

Cristiano Ronaldo is nominated but there is no Neymar on the list.

Benzema aside, there are four other members of Real’s Champions League-winning side: Vinicius, the evergreen Luka Modric, goalkeeper Thibaut Courtois and midfielder Casemiro, now of Manchester United. 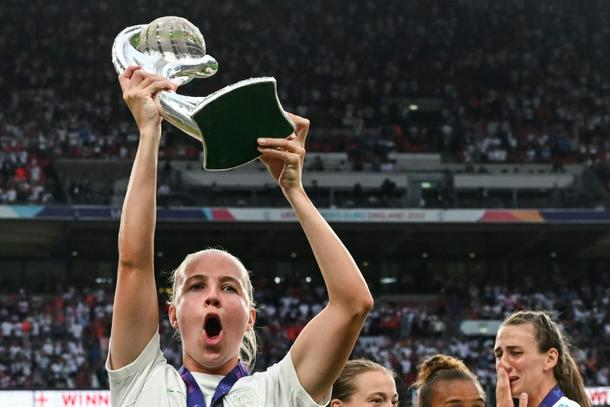 Kylian Mbappe, Erling Haaland, Lewandowski and Kevin De Bruyne feature too, but Benzema stands out by a distance.

The award was previously based on a player’s performances over the course of the calendar year.

But the format has changed, with the prize now based on a player’s record over the last season.

There is far less certainty about the identity of what will be the fourth women’s Ballon d’Or.

There are three members of England’s European Championship-winning squad short-listed among the 20 contenders.

Lucy Bronze and Millie Bright were both named but Arsenal striker Beth Mead is the most likely candidate after scoring six goals at the Euro.

Australia’s Sam Kerr and German duo Lena Oberdorf and Alexandra Popp may have a claim too, but it could also once again be Spain’s Alexia Putellas, who won last year.

The 28-year-old is currently recovering from a serious knee injury which saw her miss the Euro with Spain and means she is unlikely to play at all this season.

Putellas, who followed in the footsteps of Ada Hegerberg and Megan Rapinoe by winning a year ago, captained Barcelona to the Champions League final last season as well as a domestic league and cup double.

She was the Champions League top scorer with 11 goals, although her club lost the final to Lyon.

The winners will also receive digital tokens (NFTs) to go with their gleaming trophies, while organisers France Football magazine have also added a new humanitarian prize.

It is named for Socrates, the former Brazil midfielder who also held a medical degree.