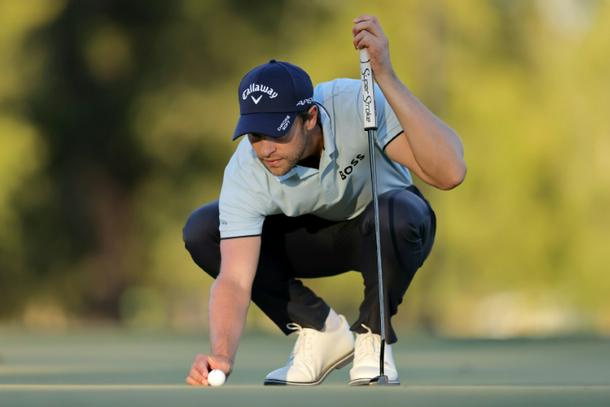 Sun City (South Africa) (AFP) - Belgian Thomas Detry and Dane Rasmus Hojgaard share the lead on 207 after the third round of the Nedbank Golf Challenge at the South African resort of Sun City on Saturday.

“I have been playing the best golf of my career,” said the 29-year-old after a round that included seven birdies and two bogeys.

Hojgaard, hoping to continue winning a tournament each year since turning professional in 2019, fired a third straight 69, with an eagle, three birdies and two bogeys on his card.

“My driving has been good and I can win tomorrow provided I stay calm, focused, and avoid playing complicated shots,” he said.

The stage is set for a thrilling final round on Sunday with six shots separating the leading 20 contenders for the $1 million (965,000 euros) first prize.

Detry and Hojgaard are a shot ahead of two South Africans, former Nedbank winner Branden Grace, who carded a 71, and debutant Thurston Lawrence, whose 65 was the lowest third round score.

A further stroke back are South African Christiaan Bezuidenhout (68) and joint second round leader Luke Donald (73), the 2023 European Ryder Cup captain from England.

Defending champion Tommy Fleetwood from England, who posted a third straight 70 for a 210 total, promised to get “stuck in” on Sunday and believed he had a “good chance of winning”.