Bay Bridge rains on Baaeed's parade, Dettori at the double on Champions Day 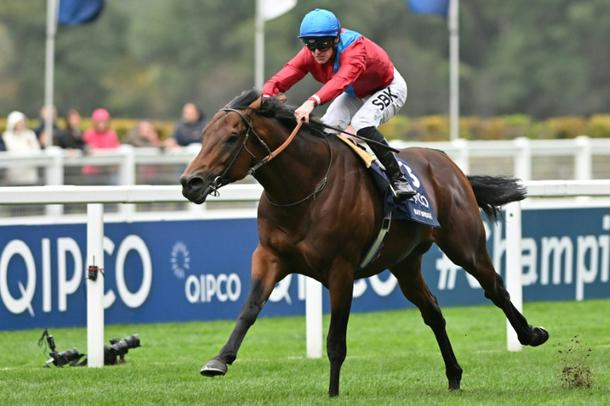 Ascot (United Kingdom) (AFP) - Baaeed failed to find one last great performance on Saturday as he went down to defeat for the first time in his 11th and final race in The Champion Stakes at Ascot.

The William-Haggas-trained four-year-old found the ground was not to his liking and finished fourth behind Bay Bridge giving his trainer and like Haggas a cricket devotee Michael Stoute his third win in the race.

“It’s still deflating, but he is still a good horse,” said Haggas.

“I’m sad he didn’t win for him and his connections as well as all the people at the yard who have worked tirelessly to get him there. There you go, it’s horse racing.

Whilst his defeat provided a bit of a damp squib, the earlier part of British Champions Day had been enlivened with a double for the ‘King of Ascot’ Frankie Dettori.

Dettori hinted in newspaper The Sun that next year might be his last after what he said has been “an up and down year” which has still yielded seven Group One winners – it was nine by the end of the day.

The 51-year-old Italian took his tally to eight in the second race of the day the Sprint Stakes guiding the resilient Kinross to victory.

So easy was his victory that the showman side of Dettori was delighted to be able to “enjoy the crowd.” 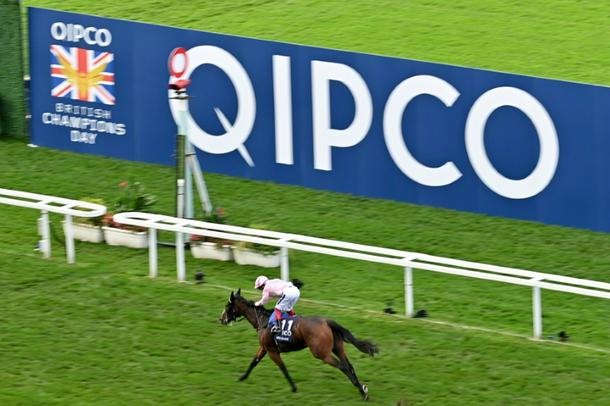 Dettori was back performing his flying dismount half an hour later – with a whoop of delight – after an equally easy victory on Emily Upjohn in the Fillies and Mares Stakes for number nine.

It was a deserved win at the top level for Emily Upjohn after she finished a close second in the Oaks despite losing a lot of ground at the start.

Her win appeared to put the spark back into Dettori especially as she will be aimed at the Prix de l’Arc de Triomphe next year.

“I’m not retiring! it was brilliant,” said Dettori.

“It would have been heartbreaking not to win a Group One with this filly this year as I was robbed in the Oaks.

“She gave me the wow factor again!”

However the slings of fortune were against Dettori in the next as the favourite Inspiral was reluctant to come out of the stalls and never featured in the Queen Elizabeth II Stakes.

“It leaves a sour taste,” he said.

The honours instead went to Tom Marquand who pulled off a shock victory bringing home 33⁄1 shot Bayside Boy to take the honours.

Queen Consort Camilla a keen racegoer and who owns horses herself made the presentation on a race day the late Queen Elizabeth II used to attend regularly.

Marquand’s victory trumped that of his wife Hollie Doyle, who began the day with victory on doughty stayer Trueshan.

She earned a suspension but it could not take the shine off Truesham becoming the first horse to win three times on Champions Day with his third successive victory in the Long Distance Cup.

“What a horse. I’m kind of speechless to be honest,” she said.

“He means the world to me.”

William Buick may have had to make do with second in The Champion Stakes on Adayar but the Norway-born rider had been presented with the Champion Jockey trophy at the beginning of the meeting.

Buick received his trophy from five-time champion Willie Carson – Buick’s son Thomas appeared keener on the trophy than his father kissing it and rubbing the top several times.

Carson, 79, received his own recognition in being inducted into the British Champions Series Hall of Fame later in the day being presented with his medal by the Queen Consort.

The late trainer Henry Cecil was also inducted into it 10 years on after when his name ‘Our ‘Enry’ was chanted round the ring as he battled cancer – he was to die the following year – and he greeted Frankel for one last time in the winners enclosure.

Frankel unlike Baaeed kept to the script and bowed out with victory in The Champion Stake for his 14th win in 14 races.