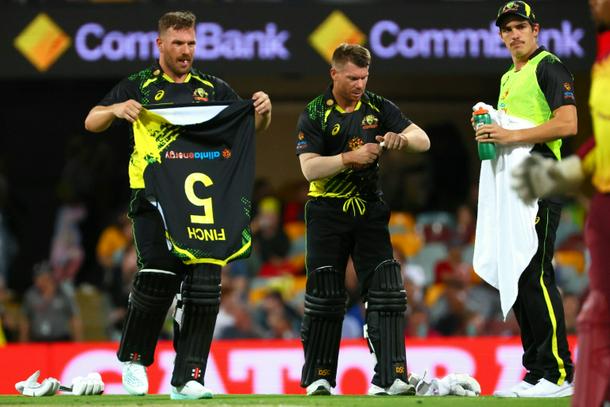 Melbourne (AFP) - Australian captain Aaron Finch admitted his team was “tired” and needed to freshen up before their defence of the Twenty20 World Cup title, but insisted they would be ready when it mattered.

The reigning champions head into the showpiece cricket tournament on home soil, which starts on Sunday with the preliminary round, after a lacklustre three-match series against England.

They lost 2-0 with the third game abandoned Friday evening due to rain, culminating eight matches for Australia in 26 days – three of them in India.

“I think the guys are probably a little bit tired at the moment,” Finch said after the washed-out England match, where he fell for a first-ball duck.

“The schedule has been so packed over the last six to eight weeks that we identified a couple of months ago that we wanted to make sure that we’re in a position to be peaking at the right time of the World Cup and not beforehand.

“So it’s going to be important over the next couple of days to try and freshen everyone up as much as we can.”

Australia still has an unofficial warm-up game scheduled against India before they enter the World Cup at the Super 12 stage when they meet New Zealand on October 22 in a rematch of last year’s final.

Finch said the players would be given a couple of off days in the lead-up “where there’s no cricket at all to let our guys recharge”.

He acknowledged that Jos Buttler’s England “definitely outplayed us”.

“With the bat, we were always just one wicket down further than we needed to be over the whole series,” he said.

“In big run chases, you need that one in batter towards the back of the innings and we probably were just falling a little bit short each time with that. All in all, we’re not bad, just a little sharpen up would be nice.”

Despite the series defeat and the gruelling lead-up to the World Cup, Finch said was confident his players would be ready for their tough opener.

“We know how hard the guys train. Each person trained really well individually, and as a group, we trained fantastic.

“It’s just about guys peaking at the right time and not burning out too early.”