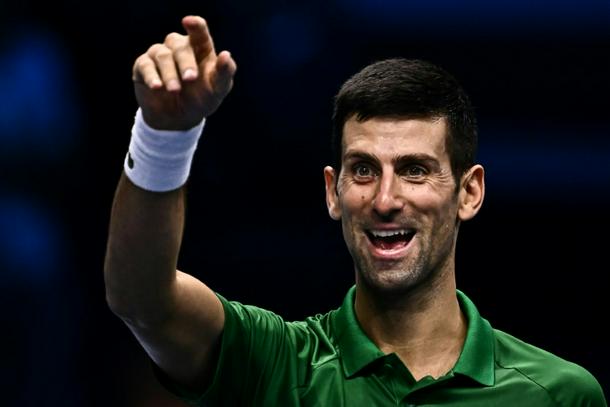 The former world number one was kicked out of the country in the lead-up to the Australian Open earlier this year after refusing to be vaccinated against Covid-19.

But with a significant easing in pandemic restrictions since, Immigration Minister Andrew Giles said the unvaccinated Serb was now welcome to return.

“Since the cancellation of Mr Djokovic’s visa in January 2022, all COVID-19-related Australian border restrictions… have been removed, including the requirement to provide evidence of COVID-19 vaccination status to enter Australia,” he said in a statement.

“Mr Djokovic has subsequently been granted a temporary visa to enter Australia.”

Australia’s previous conservative government barred Djokovic – one of the top men’s tennis players of his generation – from returning to Australia until 2025.

Giles said that, as the country’s immigration minister, he was the only person with the power to overturn that ban.

“The power… may only be exercised by the minister personally,” he said.

Djokovic, who has won the Australian Open nine times, first confirmed the visa decision after beating Andrey Rublev in the ATP Finals in Turin on Wednesday.

“I was very happy to receive the news yesterday. It was a relief,” he told reporters.

“It was a relief obviously knowing what I and the people closest to me in my life have been through this year with what happened in Australia and post-Australia, obviously.”

Djokovic arrived in Melbourne in January for the first Grand Slam of the year, claiming he had obtained a medical exemption to enter the country without being vaccinated as he had recently recovered from Covid-19.

But Australian border officials said he did not meet the requirements to be exempted from strict vaccination rules, and his visa was cancelled after the collapse of a protracted legal appeal.

Former conservative Immigration Minister Alex Hawke said at the time that Djokovic was “perceived by some as a talisman” of anti-vaccination sentiment, and his presence in the country could ignite “civil unrest”.

The Djokovic legal saga played out against a background of rolling anti-vaccination protests in major cities across Australia.

Australia has since lifted its requirement for visitors to show proof of vaccination against Covid.