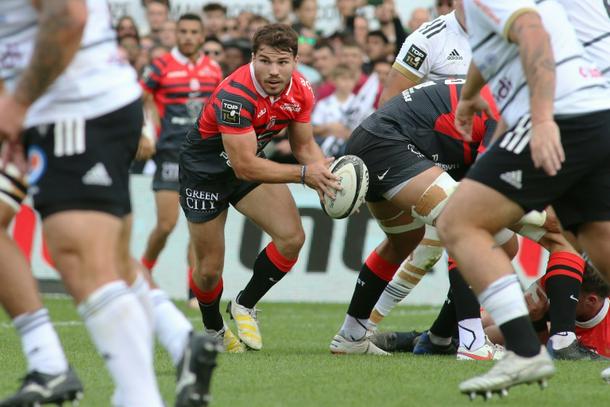 Antoine Dupont was on the scoresheet alongside Richie Arnold at Brive

Paris (AFP) - Australian lock Richie Arnold scored on his return from a one-month ban as leaders Toulouse hammered Brive 45-7 in the French Top 14 on Saturday.

Uncapped Arnold, who was sent off for a dangerous tackle in last month’s win at Pau, opened his account for the season just before the break at Stade Amedee Domenech.

The win sent the record 21-time French champions 10 points clear of second-placed Stade Francais at the top of the table.

The ex-Ireland lock had been at the helm since 2018.

On a negative note for the away side and France head coach Fabien Galthie, full-back Melvyn Jaminet suffered a serious-looking ankle injury after 15 minutes, with Les Bleus’ November Tests squad to be named next week.

“I felt it crack,” Jaminet told Canal+. “I hope it’s nothing too major, I’ll wait for the results of the tests, and we’ll see.”

The visitors led 14-0 at half-time as ex-Brumbies forward Arnold followed World Rugby player of the year Antoine Dupont in scoring.

France full-back Thomas Ramos, continuing to play at fly-half for his club with Romain Ntamack out injured, converted the tries as he did for his side’s four second-half touchdowns.

Brive, backed by English millionaire Ian Osborne, had Sammy Arnold to thank for avoiding a second shut-out in seven days after last weekend’s 47-0 loss at Toulon as the ex-Ireland centre scored with a minute left. 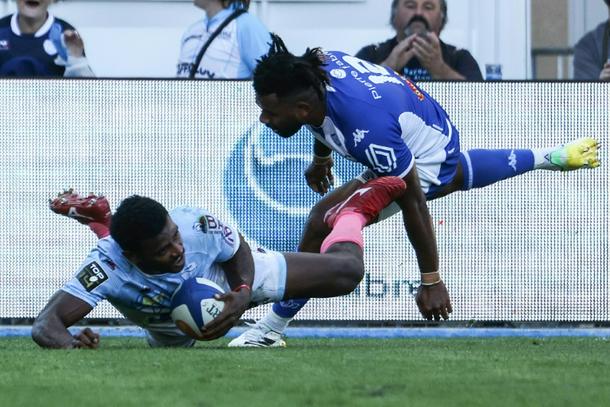 The winger was also shown a yellow card for an intentional knock-on which handed last season’s Top 14 runners-up a penalty try.

Argentina forward Marcos Kremer was shown a red card with 20 minutes to play for a shoulder charge as Stade Francais edged Pau 31-29.

English winger Harry Glover scored in the final minute before Joris Segonds slotted the touchline extras for the Parisians.

Champions Montpellier were beaten 33-26 by Lyon as second-row Brandon Paenga-Amosa scored for the southeners, who suffered defeat for a second straight home game.

Mahamadou Diaby crossed for a double for the hosts, which included a try set up by South Africa-qualified winger Madosh Tambwe.

On Sunday, ex-Maori All Black Ihaia West will make his first appearance back at La Rochelle as his new side Toulon head to Stade Marcel Deflandre.

West won the European Champions Cup and was a Top 14 runner-up during four years on the Atlantic coast.