Atletico Madrid out of Champions League after late penalty drama 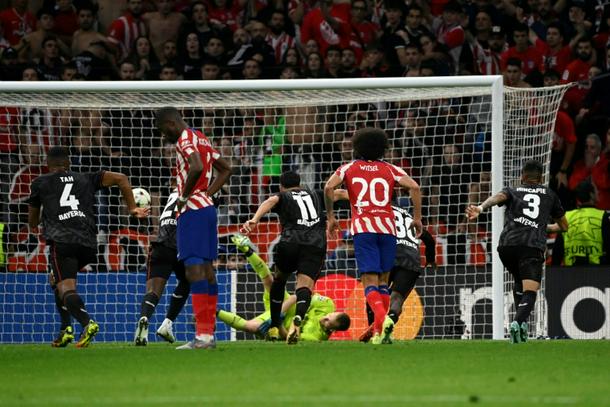 Madrid (AFP) - Yannick Carrasco missed a penalty, awarded by VAR after the final whistle was initially blown, as Atletico Madrid crashed out of the Champions League following a dramatic 2-2 home draw with Bayer Leverkusen on Wednesday.

After Porto’s 4-0 victory over already-qualified Club Brugge, Atletico needed three points to set up a winner-takes-all meeting in Portugal next week.

But despite fighting back from behind twice, the La Liga club somehow failed to find a winner and now face a battle with Leverkusen just for a Europa League place.

“The Champions League has been cruel to me,” said Atletico coach Diego Simeone.

“But I’m hard-headed and I will continue to try as long as I have the opportunity to qualify for the Champions League and then find the something we lack.”

In chaotic scenes, the players were called back onto the pitch after VAR spotted a handball from the final attack of the game.

But Carrasco’s spot-kick was saved by Leverkusen goalkeeper Lukas Hradecky, Saul Niguez headed the rebound off the bar and Reinildo Mandava’s following effort was diverted away by a last-ditch block.