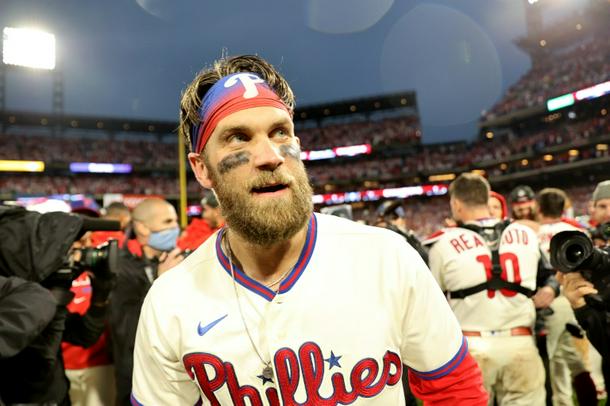 New York (AFP) - Bryce Harper’s game-winning home run on Sunday powered the Philadelphia Phillies into the World Series, where they will face Houston after the Astros swept the New York Yankees out of the Major League Baseball playoffs.

The Phillies reached the World Series for the first time in 13 years by beating San Diego 4-3 to win the best-of-seven National League Championship Series four games to one.

“We’re going to celebrate,” said Rhys Hoskins, who smacked a two-run homer in the third and four homers for the Phillies in the series.

“So much hard work has been done. It’s amazing. It has been a long time.

“We’ve got some work to do still, but National League champions, what a beautiful thing.” 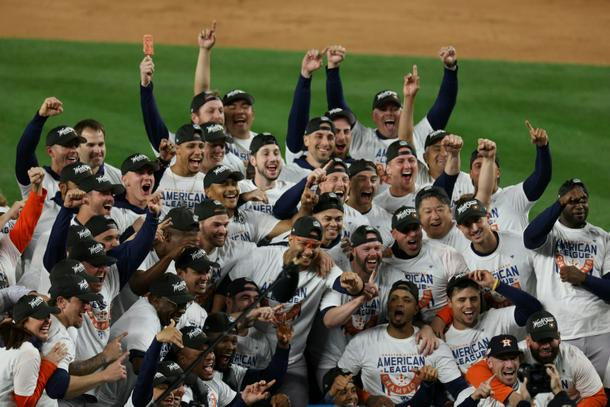 The Astros booked their fourth World Series appearance in six seasons by edging the Yankees 6-5 in New York to capture the American League Championship Series in four straight games.

“This is amazing,” said Houston’s Alex Bregman who drove in the deciding run with a seventh-inning single.

“This team has worked so hard. Just so proud to be a part of it. So many guys stepped up.”

Houston, who won the MLB crown in 2017 but lost the final in 2019 and last year, will host the Phillies in game one of the best-of-seven World Series on Friday. 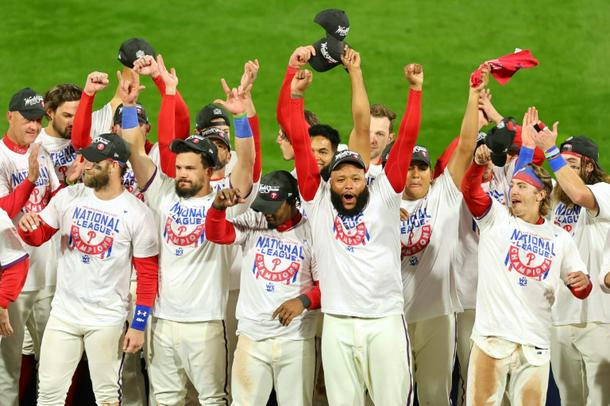 The Astros, 7-0 in the playoffs, are only the third team to sweep the divisional round and ALCS and could become the first such team to win the World Series.

“We always believed,” Harper said. “There was no emotion that it wasn’t going to happen, that we weren’t going to have this opportunity to be here.

The Phillies, the last playoff qualifier after finishing third in the NL East division, had a dramatic finish after they fell behind 3-2, taking the lead for good on Harper’s two-run blast in the eighth inning off a fastball from Padres relief pitcher Robert Suarez.

“He beat me with the heater when we were in San Diego so I was just trying to stay on that pitch,” Harper said.

“I knew he was going to come with his heater. It’s his best pitch. I just tried to take the best swing I could and I was able to do damage with it.”

Harper became the first Philadelphia player in 41 years with a go-ahead homer so late in a playoff contest.

“We call him The Showman. He always has a knack for those moments,” said Hoskins. “He has his whole career. I don’t think anybody in the dugout was surprised. What a swing. What an at-bat. What a player.”

After the start in New York was delayed 90 minutes by rain, the Yankees took a 3-0 lead on run-scoring singles by Giancarlo Stanton and Gleyber Torres in the first inning and Anthony Rizzo’s second-inning double.

But Jeremy Pena lifted the Astros level on a three-run homer in the third, his third homer of the playoffs, and Yuli Gurriel singled in a run later in the inning to put Houston ahead 4-3.

“We show up ready to compete every single day,” Pena said. “Chemistry, you can’t match it.”

New York equalized in the fourth on Rizzo’s single up the middle to score Harrison Bader from second.

Bader blasted a solo homer in the sixth to put New York ahead 5-4. 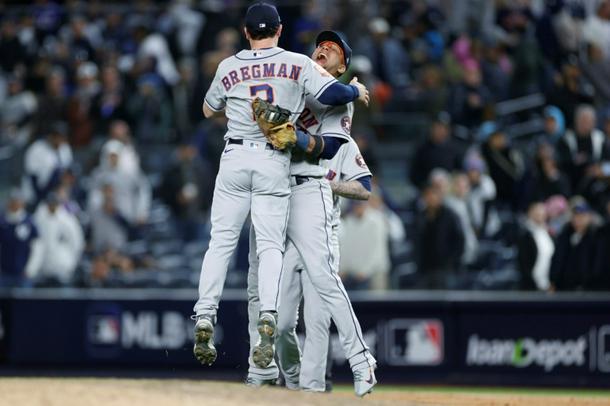 Houston’s Jose Altuve reached on an infield single in the seventh, took second on a Torres error and scored on a Yordan Alvarez single to pull the Astros level.

Bregman followed with a single to score Pena from third with the final run and Astros relievers Rafael Montero and Ryan Pressly got the final six outs.