Will robots replace humans at Amazon? 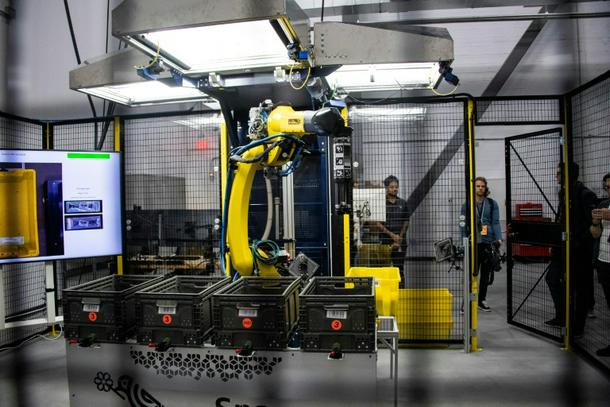 The sparrow robot is able to pick up unpackaged items to sort them at Amazon's BOS27 Robotics Innovation Hub in Westborough, Massachusetts on November 10, 2022

It is the e-commerce giant’s most advanced robot yet and could soon do the job of the hundreds of thousands of Amazon employees who sort and send five billion packages annually.

The development of “Sparrow,” and other robots like “Robin” and “Cardinal,” are fueling fears that Amazon’s warehouses will one day be run by machines, leading to huge layoffs.

Amazon’s robotics chief Tye Brady plays down such concerns, which have been expressed by labor unions.

“It’s not machines replacing people,” he tells journalists during a tour of the laboratory, which opened in Westborough in October last year.

“It’s actually machines and people working together in order to collaborate to do a job.” 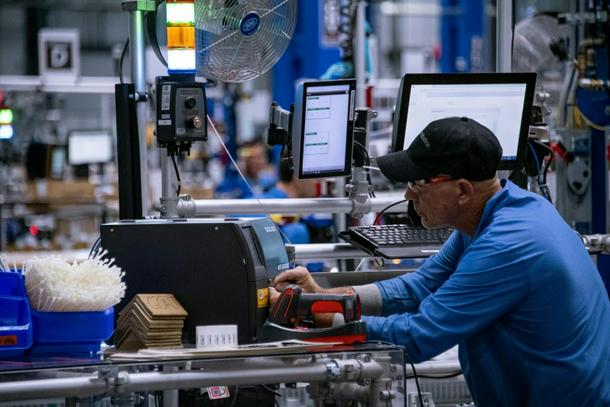 Equipped with cameras and cylindrical tubes, Sparrow can successfully detect and select an individual item from millions of products of different shapes and sizes.

It gently sucks up items that arrive on a conveyor belt and distributes them into the appropriate basket in front of it using its robotic arm.

Robin and Cardinal can only redirect entire packages, making Sparrow Amazon’s first robot to be able to handle individual products.

“Given the variety of materials we have in our warehouses, Sparrow is a significant accomplishment,” says Brady.

Working with the robotic trio is a small army of machines, including “Proteus,” which can carry hundreds of kilograms of items around warehouses.

The creations will free employees from repetitive tasks to focus on “more rewarding and interesting” activities while “improving safety,” Brady insists.

Amazon’s focus is ensuring that as little time as possible passes between the moment a customer orders an item and the moment it arrives at his or her door.

That goal has led some workers to accuse the company of treating them like “slaves” and of depriving them of food and toilet breaks. 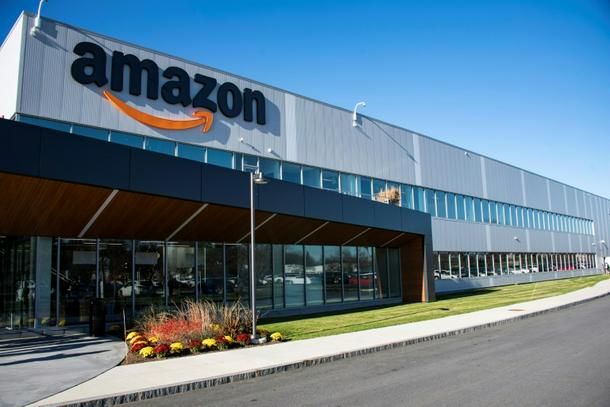 In statements, Amazon has insisted it provides “a safe and positive workplace” for employees and, apart from one warehouse in New York, has resisted unionization.

Amazon’s desire to deliver items quicker is driving its investment in automation.

By the end of this year it will begin delivering packages weighing up to two kgs in less than an hour from warehouses in Lockeford, California and College Station, Texas.

The company aims to deliver 500 million packages by drone by the end of the decade, including in major US cities such as Boston, Atlanta and Seattle.

Around 75 percent of Amazon’s five billion annual orders is handled at some point by a robot, according to Joe Quinlivan, vice president of Amazon Robotics.

For decades the conventional wisdom was that increased automation destroys workforces.

Studies now suggest that moving towards robots in e-commerce will not lead to massive job losses in the short to medium term due to the huge growth in demand.

However, a 2019 study by the University of California’s Labor Center at Berkeley warned that while some technologies can alleviate arduous warehouse tasks, they could also contribute to increasing the “workload and pace of work.” 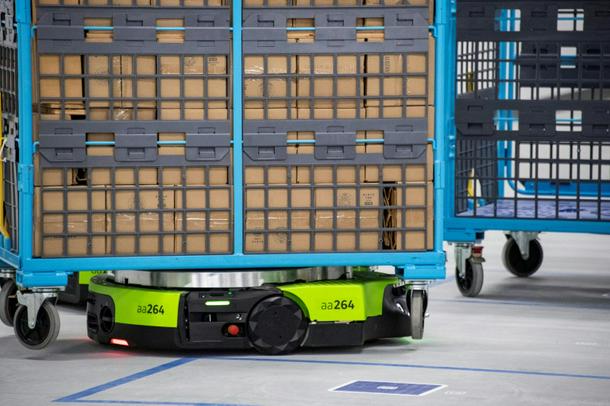 The researchers added that technological advancements might also contribute towards “new methods of monitoring workers,” and cited the Amazon’s MissionRacer video game “that pits workers against one another to assemble customer orders fastest.”

Amazon says its innovation has generated more than a million jobs and 700 new job categories, mainly in highly specialized engineering, but also as technicians and operators.

“I really think what we’re going to do in the next five years is going to dwarf anything we’ve done in the last ten years,” says Quinlivan.