US seeks 15-year term for Theranos founder in fraud case 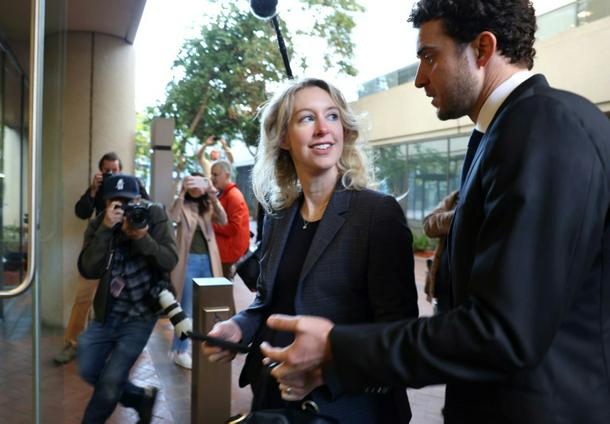 Washington (AFP) - US federal prosecutors are seeking a 15-year jail term for Theranos founder Elizabeth Holmes and want her to pay more than $800 million to investors defrauded by her blood-testing startup, according to a court filing.

“The government recommends the Court sentence the defendant to 180 months in custody and order her to pay $803,840,309 in restitution,” said a court filing submitted Friday by US attorney Stephanie Hinds.

The toughly worded filing said Holmes had been “blinded by… ambition,” and that “her reality-distortion field put, and will continue to put, people in harm’s way.”

Holmes had vowed to revolutionize health diagnostics with self-service machines that could run an array of tests on just a few drops of blood, but the company collapsed following Wall Street Journal reporting in 2015 that revealed the machines did not work as promised.

Key investors in the startup included the Safeway grocery chain and the Walgreens chain of pharmacies, as well as former US Secretary of State George Shultz.

Holmes’ attorneys, in their own filing, insisted that no purpose would be served by her incarceration – saying she posed no danger, readily acknowledged her mistakes and had not materially benefited from the fraud – but that if the court decided on jail time it should not exceed 18 months.

The rival filings came just days after a federal judge rejected Holmes’s request for a new trial following her conviction in January for defrauding investors.

Holmes’ start-up drew high-profile backers and made her a billionaire on paper by the age of 30.

In 2015, Forbes magazine named Holmes the country’s richest self-made female billionaire, but a year later the magazine revised her estimated net worth to zero.

Sentencing is scheduled for November 18.