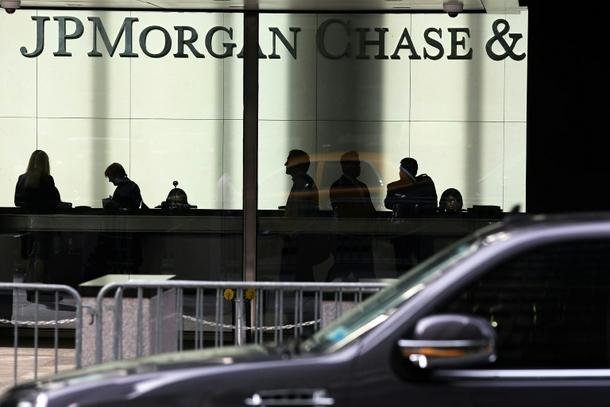 New York (AFP) - Large US banks reported a round of solid quarterly profits Friday, but cautioned of rising recession risks as the economy absorbs higher inflation and a dramatic shift is central bank policy.

These sums are much smaller than the reserves established at the start of the coronavirus pandemic. But they nonetheless point to a much changed environment from a year ago, when bank results were boosted by large releases of funds that had been set aside for loan defaults that did not materialize

Today’s litany of worries include stubborn inflation that has prompted significant central bank interest rate hikes; and geopolitical fallout from the Russian invasion of Ukraine, including uncertainty in the oil market and worries about European energy security this winter.

While the US consumer remains “very strong,” these obstacles elevate the risk of a downturn, said JPMorgan Chief Executive Jamie Dimon.

The end result could be “anywhere from a soft landing to a hard recession,” Dimon told reporters on a conference call. “If it is a hard recession, obviously it has implications for unemployment and business and reserves.”

“While we do expect to see continued increases in delinquencies and ultimately credit losses,the timing is unclear,” Scarf said.

Higher interest rates helped boost the bank’s net interest income, but JPMorgan suffered a big drop in investment banking revenues in a period that has seen far fewer initial public offerings compared with a year ago.

Dimon said businesses “remain healthy,” but alluded to “significant headwinds immediately in front of us.”

In an interview with CNBC earlier this week, Dimon said a US recession was likely in early-to-mid 2023 and that the stock market could fall another 20 percent.

Results were boosted by higher net interest income as well a gain from the sale of the bank’s Philippines business. These benefits were offset by lower revenues in investment banking and higher operating expenses.

Citi opted to set aside reserves in light of rising recession risk.

Under a “baseline” economic scenario, Citi sees unemployment rising to about four percent from the current 3.5 percent. Under a “downside” scenario, unemployment would be well above five percent, said Citi Chief Financial Officer Mark Mason on a conference call with journalists.

Even under a darker outcome, Mason said “I don’t think there’s a financial crisis coming anything close to the magnitude of what we’ve seen.”

Results were dented by $2 billion in fresh costs linked to “litigation, customer remediation and regulatory matters.”

During a conference call with analysts, Scharf, who was named CEO in 2019 following a fake accounts scandal under earlier executive regimes, said the bank “still has open regulatory matters” related to earlier times and was looking to get past them “as quickly as we can.”