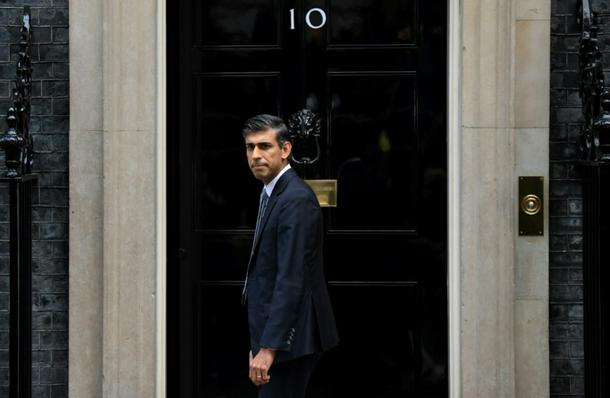 London (AFP) - In his first full day as Britain’s prime minister, Rishi Sunak on Wednesday delayed a crunch budget and rebuffed renewed demands for an early general election as he began trying to rebuild the Conservatives’ poll standing.

Following the fiscal chaos seen under his short-lived predecessor, Liz Truss, Sunak’s government said it needed more time to present the full budget – deferring a Treasury statement due next Monday to mid-November.

He also jettisoned a signature stance taken by Truss, which he also backed during their summer battle for the leadership. After taking office, she had made good on the promise to overturn a ban on fracking – drilling on land for natural gas – but Sunak said the ban would return.

The U-turn was back in line with the 2019 manifesto that last brought his Conservative party to power.

No company had yet come forward to take advantage of Truss’s offer, which risked arousing serious opposition from locals in prospective drilling sites.

Following a meeting of his new cabinet, Sunak engaged in his first parliamentary joust with opposition Labour leader Keir Starmer, who is riding high in the polls and says the new Conservative leader lacks a democratic mandate.

“The only time he ran in a competitive election he got trounced by the former prime minister, who herself got beaten by a lettuce,” Starmer said, challenging Sunak to face UK voters.

After the scandal-tarred Boris Johnson announced in July that he was quitting, Truss beat Sunak in a vote by Tory members.

But her right-wing economic programme, based on unfunded tax cuts, collapsed and she lasted only 49 days – with a lettuce lasting longer in one newspaper stunt.

Sunak then beat off an audacious comeback bid by Johnson to become Tory leader on Monday. 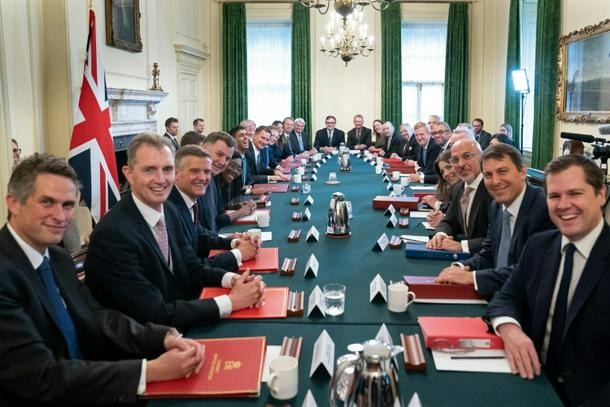 “We will have to take difficult decisions to restore economic stability and confidence,” he told MPs, brushing off Starmer’s election call.

“I will always protect the most vulnerable. We did it in Covid and we will do it again,” the former finance minister added.

Chancellor of the Exchequer Jeremy Hunt – retained in Sunak’s cabinet along with several other senior ministers – said that Monday’s planned “medium-term fiscal statement” was no longer so pressing.

Instead, there will be a full budget statement on November 17 to lay out the new government’s tax and spending plans, Hunt told reporters.

The new plan will be accompanied by fresh economic forecasts from the Office for Budget Responsibility (OBR), which were lacking from Truss’s own aborted plan, and will “stand the test of time”, he said. 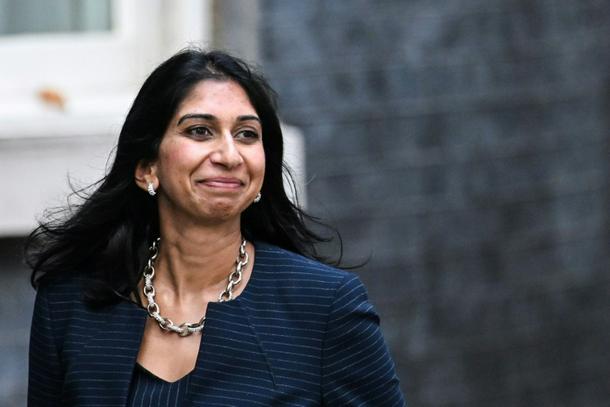 Hunt said he had discussed the delay with Bank of England governor Andrew Bailey. The central bank was forced to make several emergency interventions in recent weeks after Truss’s tax-slashing plans sent markets into a tailspin.

Markets were unperturbed by the postponement, suggesting Hunt and Sunak have successfully calmed investors’ nerves.

Truss left office as the UK’s shortest-serving premier in history, replaced by its youngest since 1812 and first Hindu leader.

After appointing his top team Tuesday, Sunak spoke to the presidents of Ukraine and the United States to vow continuity on UK foreign policy, including ongoing support for Kyiv’s resistance following Russia’s invasion.

Sunak has vowed to restore “trust” and “integrity” in government after months of tumult under Johnson and then Truss.

But critics claimed the new leader had immediately undermined the pledge by reappointing hardline right-winger Suella Braverman as interior minister, days after she was forced to resign for a security breach.

Braverman emailed classified government documents outside her department that reportedly included market-sensitive information from the OBR.

Sunak told parliament that she had “made an error of judgement” but had “accepted her mistake” and so he was “delighted to welcome her back”.

Starmer said her return was “grubby” payback after Braverman backed Sunak against Johnson’s attempt to return to Downing Street.

“There’s a new Tory at the top but as always with them, party first, country second,” the opposition leader said.

As well as mending Britain’s wounded finances, Sunak is also pledging to reunite the Conservatives after another bruising leadership contest, mere weeks after Johnson was forced out.

He has kept Truss’s defence, trade and culture ministers among others, as well as re-hiring some older faces from the Johnson cabinet.