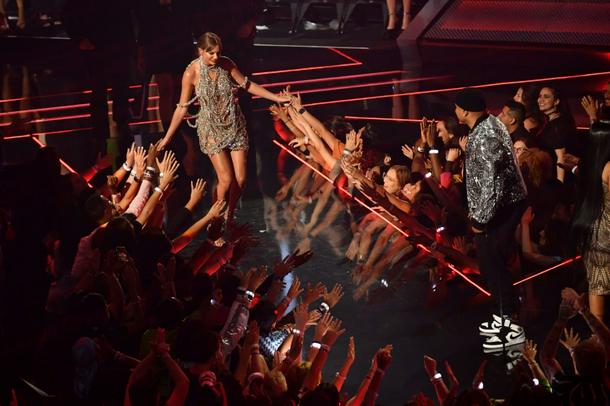 But after diligently registering for and receiving a presale code, the 20-year-old jazzed for his first concert ever was confronted with a massive queue, site glitches and soaring costs.

Landry’s experience was far from unique: thousands of social media users reported similar experiences, including 19-year-old Kathryn Berry, who told AFP the process that ultimately left her with nosebleed seats in Nashville turned into a “thirteen-hour ordeal.”

Berry said she’s “happy I got tickets, but definitely holding a grudge against Ticketmaster for a while.”

For many music fans that grudge is longstanding.

The American ticketing industry, which the company Ticketmaster overwhelmingly dominates, has for years left concertgoers frustrated by hidden fees, soaring costs, rampant scalpers and limited tickets due to presales.

Swifties flooding ticketing sites linked to by Ticketmaster described crashes, outages, and other snafus, and many who were granted presale codes ultimately couldn’t nab tickets.

Cody Rhodes said his cousin received a code granting access to buy seats for Swift’s May show in Philadelphia, but after waiting five hours they were booted out of the queue.

By the time they got back through the line, there were no tickets left.

“I was FLOORED,” the 23-year-old told AFP. “It was kind of funny at first like wow haha Taylor is so popular everyone wants to see her! Queen!”

“But every passing hour I was realizing the seriousness of it.”

Rhodes said he’ll try again when the general sale opens on Friday, saying his loose budget is $400 per ticket.

“That is a lot of money for us really, but we are huge fans and have waited so long,” Rhodes said, but added he’s already seeing resale tickets in the $2,000 to $9,000 range for the kinds of seats they were hoping for.

“Ticketmaster is a money-hungry service with little to no regard to real fans. I think they will allow price gauging since it allows them to take advantage of situations like this,” he said. 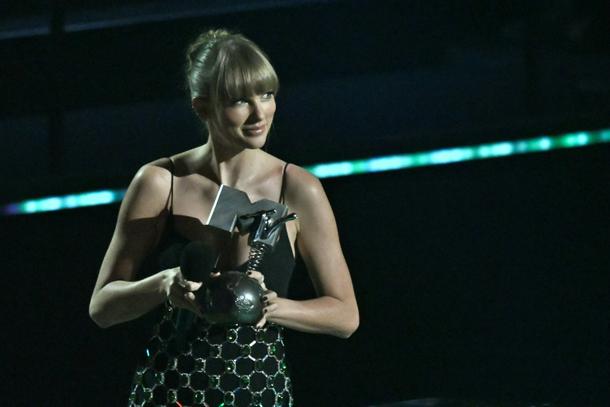 Ticketmaster did not immediately respond to an AFP interview request, but in a statement Tuesday the company said waiting fans should “please hang tight,” citing “historically unprecedented demand” from millions.

The company also delayed one of the presales a full day.

The havoc spurred comment from a number of lawmakers, including Alexandria Ocasio-Cortez and Richard Blumenthal, who urged an investigation into the “state of competition in the ticketing industry.”

He and other legislators in 2021 called for a Justice Department probe into “Live Nation’s efforts to jack up prices and strangle competition.”

Swift fans have an enormous online presence and a zeal that leaves them well-positioned to call attention to their plight, but Krista Brown – an analyst at the American Economic Liberties Project, which has urged unwinding the merger – said the chaos “is just the latest example.”

“This isn’t about one artist’s concert or one website crashing,” Brown told AFP.

“Ticketmaster and its parent company Live Nation Entertainment have a monopoly over the industry that lets it regularly abuse its power, leaving customers, artists and venues at its mercy.”

But while fans have complained of skyrocketing costs – Bruce Springsteen show prices in the thousands of dollars triggered uproar earlier this year – Ticketmaster responded to a recent query from Representative Bill Pascrell by blaming the resale ticketing market, and saying that “promoters and artist representatives set pricing strategy and price range parameters.”

“As the resale ticketing market has grown to more than a $10 billion industry over the past few years, artists and teams have lost that revenue to resellers,” Ticketmaster said, saying event organizers were trying to “recapture that lost revenue” via “market-based pricing.”

Landry said he was originally willing to pay around $300 to see Swift, but with fees the final price landed at a $569.

He dipped into his savings to afford a spot.

Landry said he’s feeling “relieved” now and that while the “process was ridiculous,” it was worth it to see Swift’s Arlington, Texas show: “I literally adore her.”

And as Rhodes anxiously awaits the general sale’s opening, he’s hoping for a “crackdown” on Ticketmaster.

“Using another ticketing service is hardly an option,” he said.