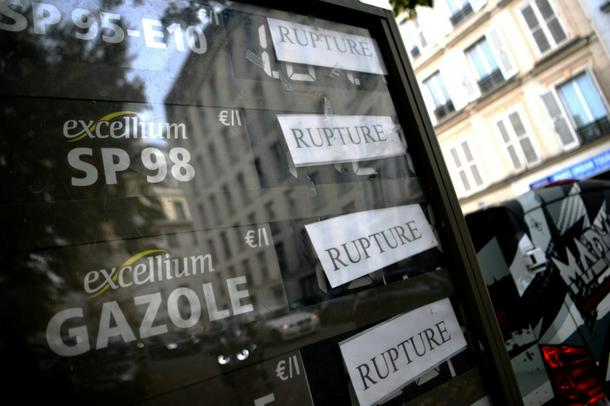 Four of France’s seven refineries and one fuel depot were out of action after striking members of the hard-left CGT union rejected a pay offer from the hydrocarbon industry leader that other unions accepted.

Operations had resumed earlier this week at two other refineries run by Esso-ExxonMobil, however, after workers reached a deal with management.

The strike action has forced many filling stations to close and had a knock-on effect across all sectors of the economy.

President Emmanuel Macron’s government used requisitioning powers this week to force some strikers back to open fuel depots, a move that infuriated unions but has so far been upheld in the courts.

The CGT, which launched the industrial action three weeks ago, said on Saturday that workers at three TotalEnergies sites had decided to extend the stoppage.

Employees at the two others, including France’s largest refinery near the northwestern city of Le Havre, had already decided to stay out.

On Sunday, left-wing opponents of Macron will hold a march and rally in Paris to campaign against the rising cost of living. 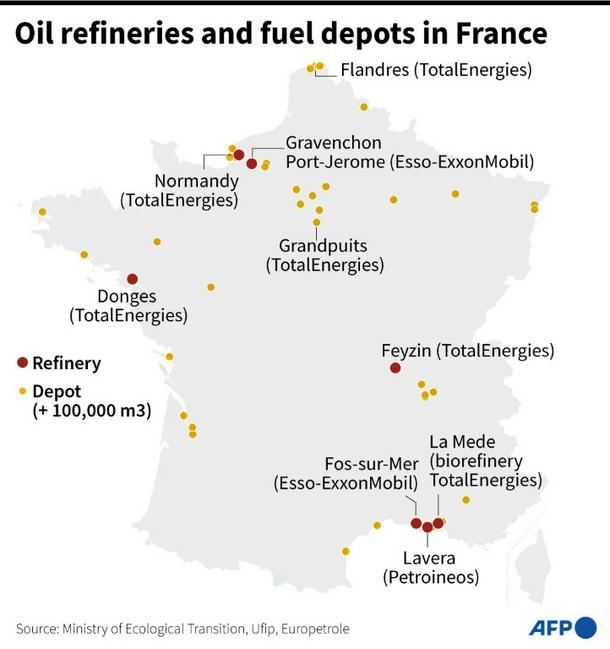 Jean-Luc Melenchon, leader of the left-wing France Unbowed (LFI) party, had planned the march well before the current strike, but organisers are hoping to pick up some of the momentum from the current industrial unrest.

“The rise in prices is unbearable,” LFI deputy Manon Aubry told broadcaster LFI. “It is the greatest loss of purchasing power in 40 years.”

It is time the billions that the big companies were reaping in profits were passed down to those struggling to make ends meet, she added.

Police are expecting around 30,000 people to attend, with one source saying they feared problems from hard-left troublemakers. “The organiser has been warned of these fears,” said the official.

The CGT meanwhile has extended its strike action up to Tuesday, when it has also called a broader strike involving public transport nationwide.

The union risks stoking resentment in a country where three-quarters of workers rely on personal vehicles for their jobs, with public support for the strike at just 37 percent in a BVA poll released Friday.

The CGT is pushing for a 10-percent pay rise for staff at TotalEnergies, retroactive for all of 2022. 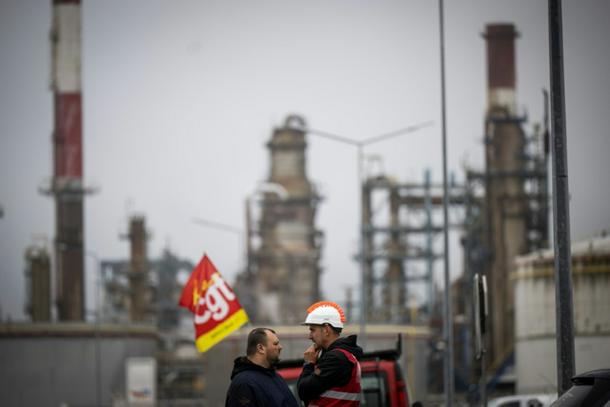 Workers are striking at five TotalEnergies sites across France

It says the French group can more than afford it, citing TotalEnergies’ net profit of $5.7 billion in the April-June period as energy prices soared with the war in Ukraine, and its payout of billions of euros in dividends to shareholders.

The CGT walked out of talks with the French group, even as other unions representing a majority of workers accepted a deal for a smaller pay hike.

TotalEnergies on Saturday urged employees to resume work, “in view of the signing of a majority deal on salaries” with two other unions.

Esso-ExxonMobil has said it would take two to three weeks to relaunch production at its refineries.

Prime Minister Elisabeth Borne is due to appear on primetime television Sunday evening to discuss the petrol shortage.