Stocks slide on China, US midterms 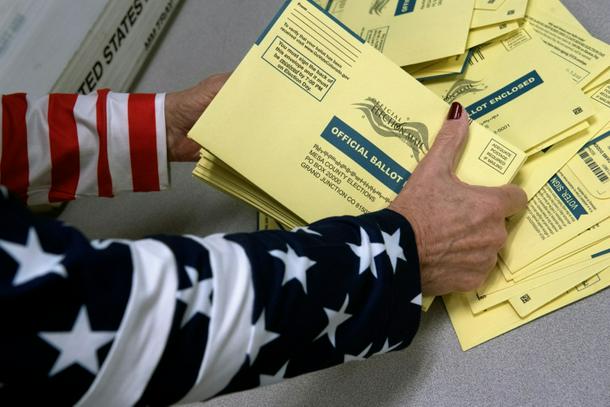 Investors appear to have gotten the legislative gridlock they wanted

The dollar rose strongly versus the British pound – a currency under pressure owing to the UK’s bleak economic outlook.

Oil prices slumped as official data from China showed the world’s second-largest economy languishing under its strict zero-Covid policy and US stockpiles increased.

Shares in Facebook owner Meta jumped 8.0 percent after the company said it would lay off 11,000 staff, in a move which follows a recent plunge of its valuation.

Ad-supported platforms such as Facebook and Google are suffering with advertisers looking to cut costs as they struggle with inflation and rising interest rates.

Bitcoin continued to slide on fallout from the near-collapse of cryptocurrency platform FTX, reaching the lowest level for two years at $17,052.49.

“Even if you are not involved in cryptos, the turmoil is definitely something to keep an eye on, as it may be an additional factor impacting risk appetite across the financial markets,” said market analyst Fawad Razaqzada at City Index and FOREX.com.

While equities rose ahead of the vote on the likelihood of legislative gridlock for the next two years, which would mean no new big increases in US government spending and taxes, they fell as results came in.

Republican hopes for a sweeping rebuke of President Joe Biden in congressional elections failed to materialise, with both parties picking up seats following a campaign fought against a backdrop of stubbornly high inflation and fears for US democracy.

While Republicans look like they will pick up a slim majority in the House, the outcome in the Senate is still unclear.

“The stock market had a nice, little run leading up to election day based on the gridlock angle,” said Patrick O’Hare at Briefing.com.

“It appears that is going to be the case, so participants are taking some money off the table,” he added.

In China, speculation over how long Beijing will keep its harsh lockdown-and-testing Covid-19 policies has fuelled volatility on markets, despite the government vowing it will not change course.

The restrictions have taken a toll on the Chinese economy, with Data Wednesday showing China’s producer price index (PPI) fell by 1.3 percent on-year in October, pushing it into negative territory for the first time since December 2020.

“I don’t see any good news from China.”