Stock markets drop before US inflation 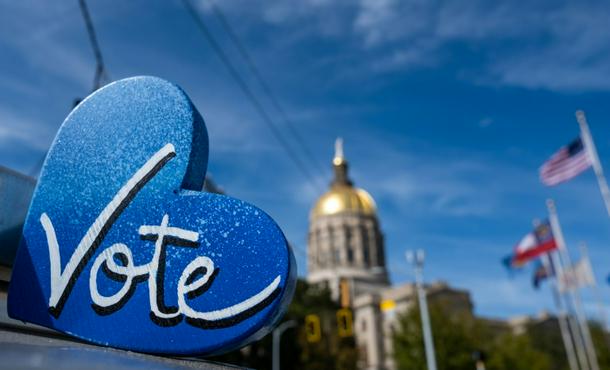 London (AFP) - Stock markets mostly fell Thursday looking ahead to key inflation data in the United States and as traders digested the country’s inconclusive midterm election results as well as a cryptocurrency crisis.

US inflation numbers due Thursday will help markets to gauge the speed of future rate hikes by the Federal Reserve. The dollar was mixed before the latest data.

“The ongoing resilience in the (consumer prices) data and stickiness in inflation continue to point to the Fed hiking rates closer to 5.0 percent or higher.”

In US midterm elections, Republicans appeared likely to win a majority in the House of Representatives, but with a much smaller victory than they had hoped for – and that pollsters forecast.

Markets are grappling also with the impact of strict zero-Covid measures in China, with supply chains and activity slowed by harsh lockdowns and testing policies.

The crypto world has meanwhile been rocked by a surprise decision from Binance, the world’s biggest cryptocurrency platform, to scrap a possible acquisition of rival FTX.com a day after disclosing it had signed a non-binding letter of intent to buy it.

The near-collapse of FTX has plunged bitcoin to a two-year low.

“FTX’s slump from over a $32 billion valuation to zero in less than a few days raises numerous issues,” said Stephen Innes at SPI Asset Management.

“Prominent investors are wearing eggs on their faces after diving in head first.”

He added that gold and silver would be the biggest beneficiaries of the crypto fallout with investors looking to the trusted precious metals for stability.